Iran and Cuba in week of actions against blockade 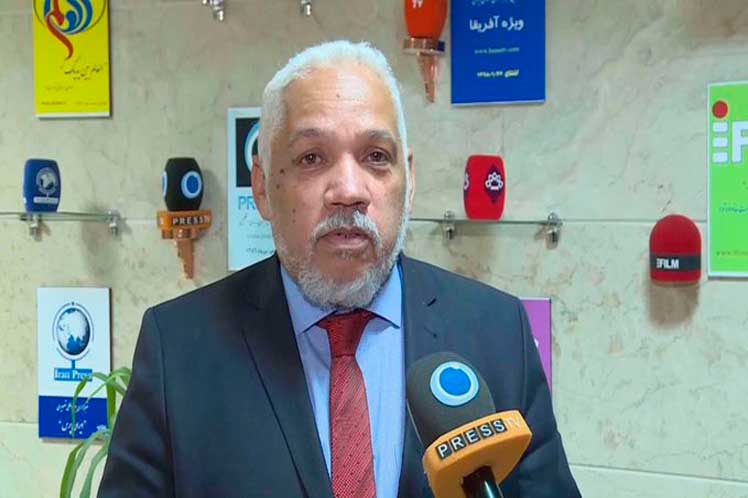 Iran and Cuba in week of actions against blockade

Reflecting the policy of isolation that the different administrations of the White House maintain towards the largest of the Antilles for more than six decades, the Persian media showed the resistance of the Cuban people and how their example serves as an inspiration for other countries such as Iran.

At the end of the week, the Cuban ambassador to Iran, Alberto González, appeared speaking in English before Presstv television to denounce the “hostile policy” of the United States against his country.

González, also questioned about the conflicts in the region, made clear Cuba’s position against military actions and in favor of diplomatic understanding, as well as showing support for the cause of the Palestinian people, besieged by the Israeli regime.

The Cuban representative visited broadcasting facilities of the Islamic Republic’s foreign service and thanked the special programs broadcast against the US blockade.

He held a meeting with senior officials of the Iranian press belonging to the Islamic Republic of Iran Broadcasting (IRIB) and thanked them for joining the initiative of the media marathon against the siege on the island.

The diplomat spoke with the IRIB vice-president for the foreign service and Executive Director of PressTV, Ahmad Noruzi, as well as with the Director of the Spanish-language channel Hispantv, Ali Ejarehdar.

“I thanked both of them for their active participation in the media marathon against the US blockade,” said González.

In addition, the Cuban diplomat assured that ahead “a broad program of bilateral cooperation awaits us,” in reference to what emerged from the meeting with senior Iranian press executives, with whom he spoke during the day.

During the visit of the Cuban ambassador to the headquarters of the Iranian television stations in English and Spanish, he transmitted live to these groups the gratitude expressed on April 4 by the president of Cuba, Miguel Díaz Canel, to all the institutions that were part of the marathon.