Ukraine proposed India and China as guarantors of its security 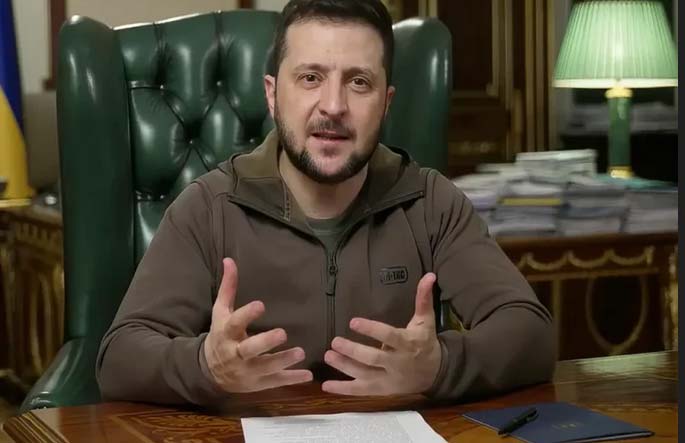 Ukraine proposed India and China as guarantors of its security

In the interview, the Ukrainian president reiterated his willingness to meet with his Russian counterpart, Vladimir Putin, and discuss with him on any issue, at any time.

On Wednesday, Zelensky said he agreed to discuss security issues with Moscow, after holding a meeting on the issue with countries that agreed to become his guarantors.

Among those nations, the Ukrainian head of state named the United States, the United Kingdom, Turkey, Poland, Germany, France and Israel.

Moscow has reiterated that it has nothing against the meeting between the two presidents, but first it is necessary to create the right conditions, in reference to the approval of a document on the conditions under which a peace agreement could be established.

The negotiations between delegations from both countries advanced on March 29, during the meeting in the Turkish city of Istanbul, with the written agreement proposal presented by Kiev to end the bilateral conflict and hostilities.

Among several points, the document included the non-alignment of Ukraine, as well as the prohibition to accept foreign bases, contingents and to carry out military exercises on national territory without the consent of guarantor states, including Russia.

He also confirmed Kiev’s readiness to become a neutral, nuclear weapon-free nation, and its renunciation to the production and deployment of all kinds of weapons of mass destruction, including chemical and bacteriological ones.

They included that the country will give up the possibility of recovering the Republic of Crimea, the city of Sevastopol and the territory of Donbass by military means, although they assured the issue will remain pending for other talks.

On this point, the Kremlin stressed it remains unchanged its demand for the recognition of the reunification of Crimea and Sevastopol to Russia, and the independence of the people’s republics of Donetsk and Lugansk.

According to the text, Russia, for its part, would not oppose Ukraine’s aspirations to join the European Union.

However, this week Kiev gave Moscow new conditions to reach the peace agreement that, according to Russian Foreign Minister Sergey Lavrov, are far from the key points approved by both delegations in Istanbul, which could hinder the progress of bilateral negotiations.

Earlier this week, the Ukrainian president declared his country will continue negotiations with Moscow, but confirmed he will not discuss the demilitarization and denazification of his country, conditions demanded by Russia for the end of military actions.