United Kingdom: The mysteries of Stonehenge 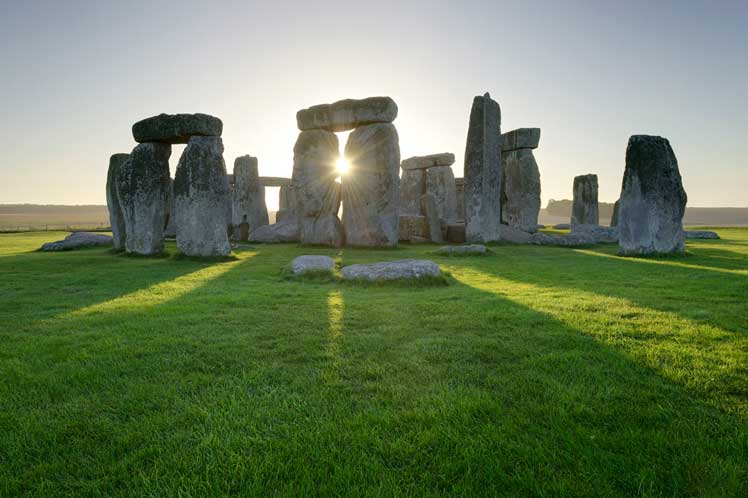 United Kingdom: The mysteries of Stonehenge

Photo caption: Thousands of people visit the site every day.

Nobody knows for sure why or how it was built 5000 years ago, that is why, the megalithic Stonehenge monument, in southern England, today keeps being a never-ending source of theories about its origins.

For many, the iconic pre-historic stone circle that rises up on the Salisbury plains was a space used by Neolithic period dwellers to bury and worship their dead.

Others claim that it was a sanctuary created by Celtic druids with the aim of performing their pagan rites. Not few say that it was a sort of parliament and other people also say it was a solar calendar.

Those who uphold the latter includes Bournemouth University professor, Timothy Darvill, who recently published a study where he analyzed the number and location of the sandstone megaliths.

According to the archeologist, the site was built on the basis of a 365.25-day solar year that helped people measure the passage of time.

Each one of the 30 stones located in the circle represented a day of the month, which at the same time was divided into three weeks of ten days, the expert pointed out.

For Darvill, the fact that Stonehenge is aligned in the direction of sunrise on the summer solstice and west on the winter solsticesupports the theory that it is a calendar inspired by similar ones in ancient Egypt.

Months ago, an archeological team of the University College of London said the monument’s stones belonged to another one erected 400 years earlier in neighboring Wales that was dismantled during a migration movement.

Specialists say the blocks would have come from the WaunMawn megalith, located 280 kilometers from Stonehenge, four pieces of which still remain, and according to scientific carbon and sediment dating studies, were part of a circle built around the year 3400 B.C.

Whatever its origin, its purpose or construction method, the magic and spiritual energy that flows from the site attracts thousands of people every day, although favorite dates include the above mentioned solstices in June and December respectively. (Published in Orbe)