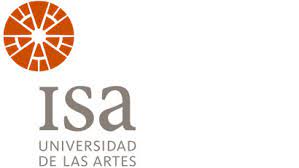 The higher education institute, based in Havana, condemned the maneuvers to manipulate the transparency of the trials related to the events that took place in Cuba on July 11, 2021, in which the sophomore student was charged.

According to the document, the maneuver seeks the empathy of students and academics based on the simplification of the facts attributed to the young man and the ignorance of the existing legal system in Cuba, since the case remains under review by the People’s Supreme Court.

“Even though the ISA is an institution created by the Revolution and the values it defends are in contradiction with the civic attitude of Abel Gonzalez, he has been given a differentiated treatment and systematic communication with his family has been kept,” the text said.

In this regard, the University referred to the issuance of documents of endorsement to the competent authorities with the notification of his condition as a student and artist, issues taken into consideration for the response of the process with freedom, a condition he currently enjoys.

The ISA clarified that at no time Abel was suspended from classes or his participation in university life was limited; on the contrary, he stayed at the Students’ Residence and was voluntarily accompanied by the University Welfare Department.

The above conditions, the statement added, served to facilitate the management of his emotions in a stage of psychological tensions and, as suggested by professionals in field, the indiscipline committed by him was not rigorously analyzed.

Even representatives of the ISA attended the oral trial and witnessed the practice of all constitutional guarantees, in accordance with the rule of law present in Cuba, and university authorities are closely following his trial.

The letter in his alleged defense, considered the statement, represents “an open attitude against the Revolution” and serves as a pretext for the inclusion of political activists and people outside the center in the defamatory campaigns, with greater force in recent years.