Donation from US solidarity groups arrives in Cuba 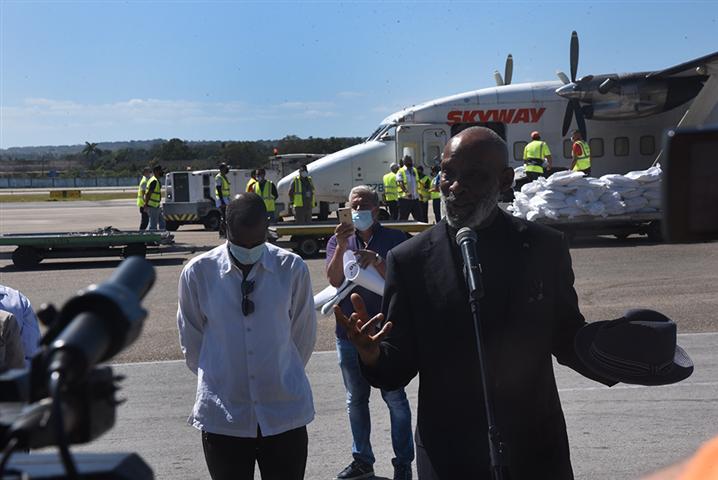 Donation from US solidarity groups arrives in Cuba

The donation, which arrived at the José Martí international airport, has an approximate value of 15,813 dollars, and will go to the oncology hospitals of Havana and Holguín, in the east of the island, as well as to older adults from the Salvation Army home, reported the promoters of the initiative.

This donation was sponsored by Fundación El Pan, Cubanakoa, Global Health Partner and the Milk Producers Association of the state of Michigan, among others, to be distributed by the Cuban Council of Churches (CIC).

Félix Sharpe, representative of the EL Pan project in Michigan, pointed out that this is the result of the efforts of Cubans residing in the United States committed to the well-being of their people and shows that Cuba is not alone.

He also spoke out for the elimination of the US blockade on the Caribbean island and pointed out that this gesture is a great hope for a better tomorrow on the way to establish normal relations between the two countries.

For his part, Mark Friedman, coordinator of the Hands off Cuba Committee in the city of Los Angeles and representing the Saving Lives campaign, described this donation as another victory for solidarity.

He announced the launching of a new campaign consisting of the collection of 125 thousand dollars for the acquisition of four anesthesia machines and other supplies and instruments that will go to the Calixto García hospital in this capital.

Upon receiving the donation, Reverend Joel Ortega, president of the CIC and pastor of the Presbyterian Church, assured that gestures like this show that “a better world is possible, that love is stronger than hate and that peace is the most important thing”.

He expressed that after this campaign there were thousands of people who showed their solidarity with the people of Cuba, who for more than six decades have been facing a cruel blockade “that must end” and recalled that for years the churches of Cuba and the United States have worked against this unfair policy.

Meanwhile, Alexis Martínez, an official from the Ministry of Foreign Trade and Investment, expressed the gratitude of the people and the government of the island to the non-governmental organizations, religious communities, companies and people who made this donation possible.

He also stressed that with the support of solidarity groups and with its own efforts, Cuba will advance in economic development even under the persistence of the blockade.