Food production on the path to development in Cuba 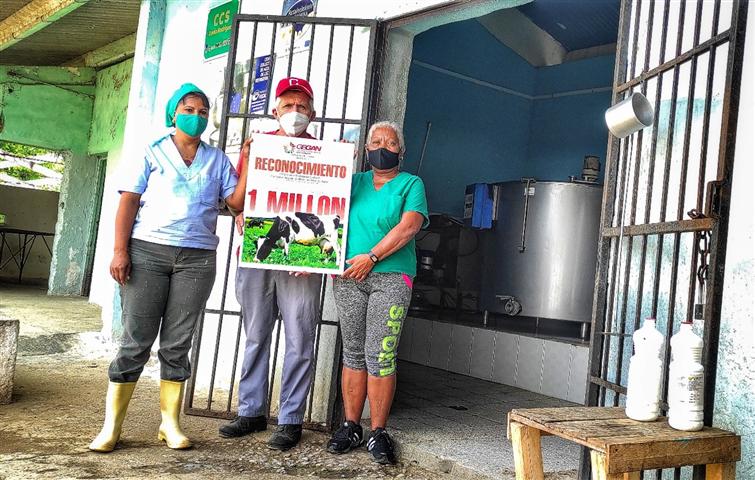 Food production on the path to development in Cuba

Precisely in this province, where in the 1980s the Commander-in-Chief of the Cuban Revolution, Fidel Castro, planned the dairy basin program to boost results in the sector, are located the two Credit and Service Cooperatives (CCS) with the largest milk supply to the industry, with production exceeding 1.2 million liters annually.

In a visit by Prensa Latina to the municipality of Jimaguayu, it was known that according to Omelio Basulto, vice president of the CCS Evelio Rodriguez, “the new measures implemented by the State to improve the life of farmers, with better prices for production and facilities for contracts and the commercialization chain, are beneficial in all senses.”

With more than 4,000 hectares, 250 producers and more than 8,000 head of cattle, so far this year cooperative’s contribution exceeds 250,000 liters of milk above the plan, “and I think that if the weather helps us we can improve the records of the previous year, and by July it would be more than ten consecutive years exceeding the plan,” Basulto affirmed.

The activity in Camagüey was strengthened a couple of years ago by a gradual budgetary injection, thanks to the Livestock Development Project (Prodegan) of the International Fund for Agricultural Development, financed by the French Development Agency, while another part of its budget comes from the Cuban Government, with a total of 51.9 million pesos.

According to Basulto, in addition to increasing production, the resources have allowed “increasing support and help to the communities, so we fix a road, paint a school, donate food to different communities, and facilitate commercial fairs.”

“We can say that we sell more than 200 tons of beef, and we are increasing our results with more than a hundred tons of fruits such as pineapple,” Basulto said.

The most recent measures and legislation in Cuba encourage production, “although of course much remains to be done, peasants are more stimulated because they see the fruit of their work, and feel that the people are pleased and have more food, which is so much demanded in the country”, he concluded.

Just a year ago, Cuban President Miguel Diaz-Canel highlighted the approval of 63 measures to boost food production in the country, a priority in the government’s agenda.