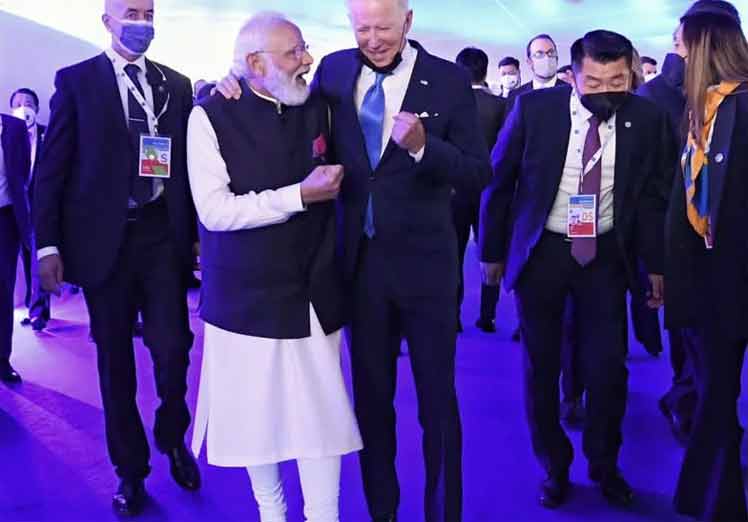 During a conversation held by videoconference, the two discussed recent developments in South Asia and the Indo-Pacific region and took stock of progress in bilateral relations in recent years, according to a statement from the Ministry of Foreign Affairs.

The parties agreed that further strengthening of the US-India Global Strategic Partnership would be of enormous benefit to both countries.

Present at the White House during the interaction were Defense Minister Rajnath Singh and Foreign Minister Subrahmanyam Jaishankar, who are in Washington DC for the 2+2 Ministerial Dialogue with their American counterparts, Defense Secretary LloydAustin; and the one of State, Antony Blinken, limited the source.

India is currently resisting pressure from the United States and its Western allies urging New Delhi to abandon its neutrality in the Russian-Ukrainian conflict.

Foreign Ministry spokesman Arindam Bagchi recently stated this Asian nation is focused on maintaining and stabilizing economic ties with Russia, amid the imposition of measures against Moscow by Western powers led by the United States.

Bagchi cited that India and Russia are in talks to determine a bilateral payment mechanism, given the sanctions imposed on the Kremlin.

Previously, the United States Deputy National Security Advisor for the International Economy, Daleep Singh, one of the architects of the measures against Moscow, warned India that it should not violate the sanctions against Russia.

New Delhi avoids joining the anti-Russian rhetoric promoted by Western powers and instead urged dialogue and diplomacy between the parties to the conflict.