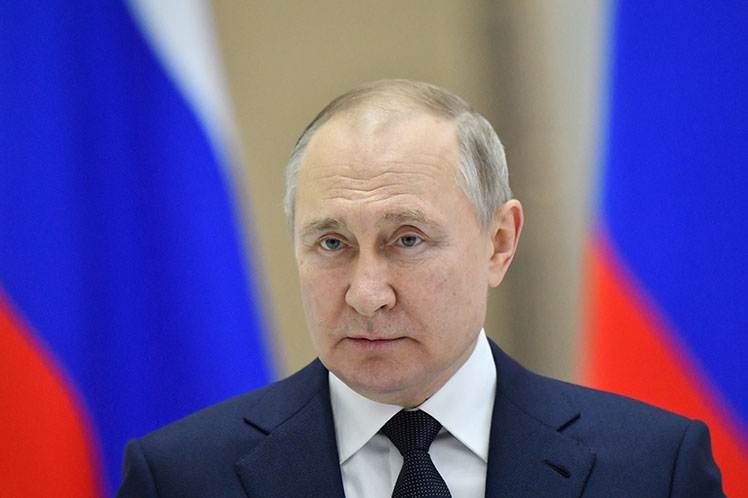 At a joint press conference after meeting with his Belarusian counterpart, Alexandr Lukashenko, at the Vostochny Cosmodrome, the Russian president stressed that the West only considers Ukraine as a means to achieve goals that have nothing to do with the interests of its people.

He explained that during both World War I (1914-1918) and the Great Patriotic War (1941-1945), a certain part of Ukrainian society, especially those associated with Western ideology, were used against Russia and today they are also being used against it.

Putin added that a clash with those forces that grew up and were formed in Western Ukraine, with those radical nationalists and neo-Nazis, is inevitable.

The head of State stressed that Ukrainians remain a brotherly people for Russians, despite the tragic situation today.

On the development of the military operation, he commented that he often hears the question whether it is possible to act faster. “Yes, it can. It depends on the intensity of the operations. But the intensity of combat operations leads, unfortunately, to increased casualties,” he emphasized.

According to Putin, the intention is to achieve the set goals while minimizing losses. “That is why we will act in a rhythmic and calm manner, following the plan outlined from the very beginning by the General Staff” of the Russian Armed Forces.

He noted that some peculiarities of the military operation in some regions of Ukraine were connected to the necessity of containing forces, striking and destroying Kiev’s military infrastructure, in such a way as to create conditions for more active actions in Donbass.

He emphasized that the objective of the operation is to help people living in that territory, which has a complicated connection with Russia and was subjected to genocide for eight years.