Cuba demands the US cease attacks on human rights issues 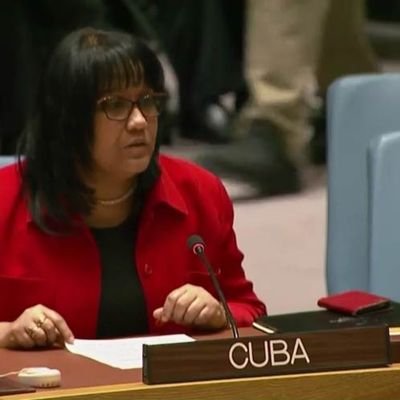 Cuba demands the US cease attacks on human rights issues

Through her official Twitter account, the deputy foreign minister asked Washington to “immediately cease its accusations and lies,” regarding a recent report by the US State Department.

The United States “is the main violator of human rights of its people and of other nations. It violates them systematically, massively and flagrantly,” the government representative wrote.

In this regard, she stressed that the wars unleashed by the White House abroad, the subversive actions that it promotes and finances in different latitudes, and the recurrent use of sanctions and unilateral coercive measures “become flagrant violations of the human rights of those peoples”.

The US Department’s report released the day before shows an alleged concern about what is happening in other countries and even includes a section dedicated to Cuba, but it leaves out internal problems in the United States.

However, the Human Rights Watch organization documented at the beginning of this year setbacks in terms of the most basic guarantees of citizens in the North American country, which include racial problems, the attitude towards immigration, as well as the elimination of norms that protect the environment and public health.

In addition, the United States is the only advanced economy on the planet which does not contemplate sick leave or vacations guaranteed by law and, according to the International Trade Union Confederation, it is the worst developed country in terms of workers’ rights.

Authorities from the largest island of the Antilles denounced the use by Washington of the human rights issue as an utilitarian instrument against countries that are not subordinated to their interests, while rewarding governments with a terrible record in this matter.