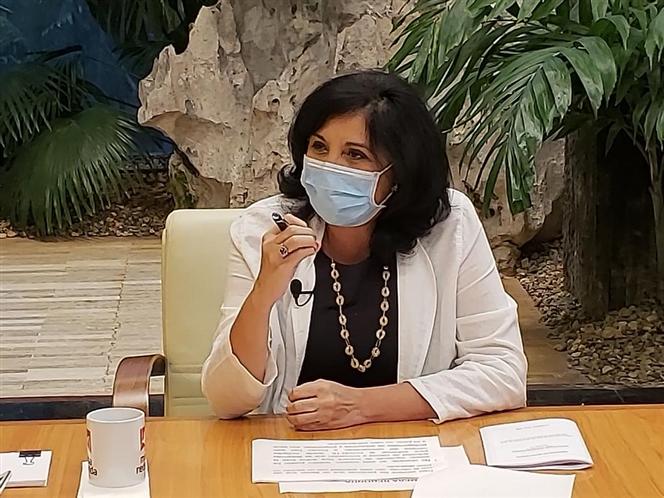 The director of Science and Technological Innovation at the Ministry of Public Health (MINSAP), Ileana Morales, explained at a meeting chaired by President Miguel Diaz-Canel that one study will be called Pequeñuelo (Little Child).

Planned as a phase I/II trial, it is being promoted by the Center for Genetic Engineering and Biotechnology (CIGB) and involves the Abdala vaccine. It will be carried out in Havana.

The other trial presented to Cuba’s regulatory authority, the Center for the State Control of Medicines, Medical Equipment and Devices (CECMED), is Soberana Futuro (Soberana Future).

Also planned as a Phase I/II trial, the study is being promoted by the Finlay Vaccines Institute and will take place in Havana and the city of Cienfuegos.

In addition, an intervention with the group between one year and one year, 11 months and 29 days of age will be also carried out.

In order to conduct these trials, Morales said that they are based on previous safety and immunogenicity studies developed in pediatric ages, so they will be carried out progressively in two phases.

In the first phase, vaccination will be introduced through a pharmaco-surveillance study in children between one year and one year, 11 months and 29 days of age. The trial will be conducted in the city of Camagüey, using the Abdala vaccine, and in Cienfuegos, with the Soberana vaccines.

In the second phase, a partial safety report will be prepared and sent to CECMED to evaluate its results and those obtained in previous studies.

If it is favorable, CECMED will authorize the emergency use of vaccines in this age group, and after being approved, the vaccines will be administered regionally, experts said.