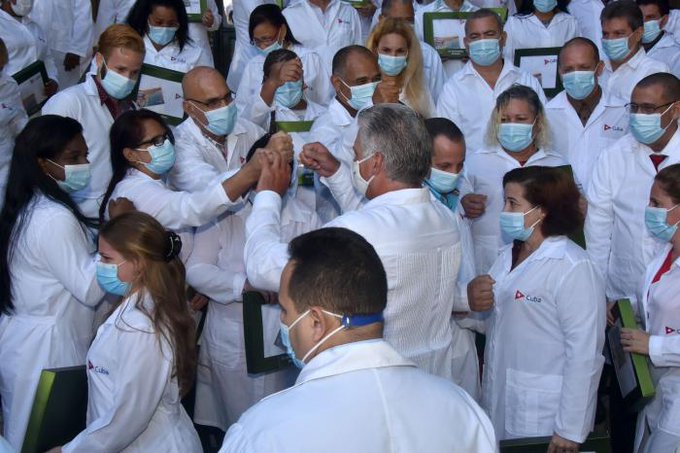 “Vaccination in pediatric ages was a total success. Nearly 70,000 cases were prevented, and since 2021 none has died of Covid-19 in Cuba. Our scientists assure that we are ready for the booster vaccine,” the president wrote on his Twitter account.

Previously, Vicente Verez, general director of the Finlay Vaccines Institute, which developed the Soberana 02 and Soberana Plus vaccines administered to children, noted that thanks to being the first nation to protect its pediatric population, the quality of Cuban vaccines, and the way the immunization campaign was carried out, the results in the protection of children have been very relevant.

Verez stressed that no country in the world, except for Cuba, which carried out a general immunization campaign to those groups, between September 15 and November 15, had started vaccinating the pediatric population before the Omicron wave.

“The process showed that the Cuban vaccines worked, the campaign in the pediatric population (and the rest of people) was a success and the protection against the Omicron variant was successful,” the expert said.

He presented an analysis on the duration of the antibody response from six to seven months after the pediatric vaccination with the Soberana vaccines, in which it was proved that this population shows a positive response much higher than the adult group.

Official data refer that at the beginning of 2022, more than 1,700,000 infants had been vaccinated against Covid-19 in Cuba, which represents 96.6 percent of this population group, and more than 140,000 children convalescing from the disease have received their dose of Soberana Plus vaccine.

In an interview with the multi-state network Telesur, Verez informed that the documentation on Soberana 02 is being prepared to be submitted to the World Health Organization (WHO) as a pediatric vaccine and that of Soberana Plus as a universal booster for other immunizers or for convalescents.

Regarding Soberana 02, the scientist stated that it can play a very important role as a booster dose for other vaccines against Omicron.

He said that Soberana 02 is a strong stimulant of cellular immunity and has the capacity to mobilize it, so it plays a determining role so that the vaccines designed against the first of the SARS-CoV-2 coronavirus mutations can continue working against Omicron.