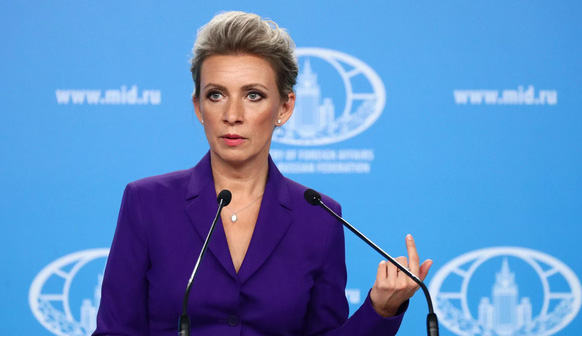 “They are a sort of propaganda and incitement, they do not answer to the interests of these country´s peoples, but rather serve the collective interests of NATO, headed by the US”, the official expressed to Sputnik news agency.

She warned, that from her view, it is incorrect to approach these statments as the position of the countries when they are personal and independent opinions.

However, Western media outlets reported that Sweden´s Prime Minister, Magdalena Andersson and her counterpart in Finland, Sanna Marin, are discussing in Stockholm the schedules and procedures related to the eventual entry of these countries to NATO.

On Monday, the Russian presidential spokesman, Dmitri Peskov, stated that the expansion of this military bloc, including the possibility of admitting Sweden and Finland, will not contribute to Europe´s security.

“The Alliance itself is more a confrontation tool. It is not an alliance that guarantees peace and stability. Further expansion of the aliance willl not provide, certainly, additional security to the European continent”, the senior Russian official told the press.

According to The Times newspaper, Stockholm and Helsinki want to joint NATO this summer and their authorities are working together to reach an agreement within their countries on the issue of their membership, but each State will make the final decision independently.