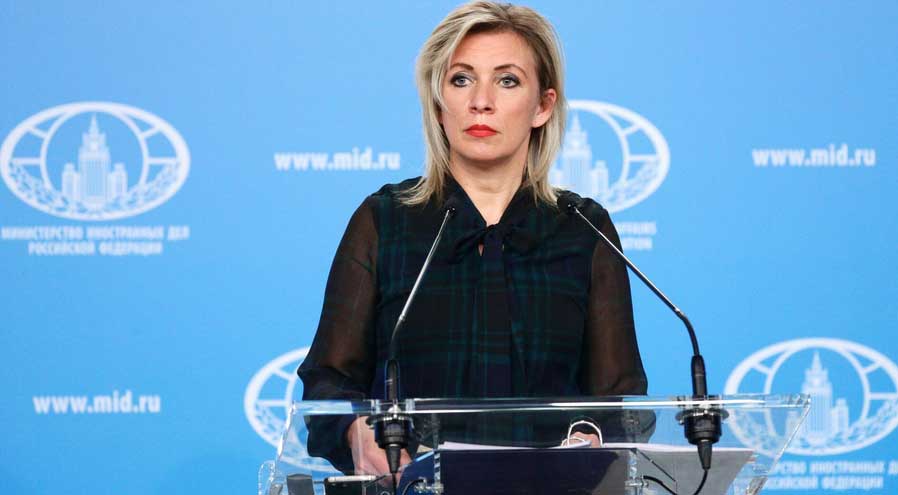 Moscow, Apr 13 (Prensa Latina) Russian Foreign Ministry Spokeswoman Maria Zakharova said on Wednesday that Ukraine is making efforts to delay negotiations with Russia instead of reaching agreements, as it did during the last eight years.

However, she said that the delegations from the two countries continue the process of dialogue in search of solutions to the bilateral conflict and the end of hostilities via video conference.

At a briefing on Wednesday, the Russian Foreign Ministry official assured that neither arms supplies nor intimidation, nor propaganda from the West will prevent Russia from fulfilling the proposed objectives of the military operation in Ukraine.

“We are talking about an operation to liberate the Donbass, demilitarize and denazify Ukraine and eliminate threats to Russia coming from that territory,” she emphasized.

The Russian representative noted that Western countries will have to answer for arms supplies to Ukraine. She drew attention to the fact that they have sent even outdated models of Soviet-made weapons, the disposal of which costs more than their transfer.

“This is terrible, cynical and criminal logic. Why waste Western countries’ own money when everything can be packed up and sent to Ukraine so that the conflict will never end and the number of victims will be even higher. It’s not a bad idea, but someone will have to answer for it later,” she said.

Zakharova warned that Ukrainian authorities are preparing new “stagings” in the settlements of Seredina Buda and Nizhniaya Syrovatka in the region of Sumy, where Russian troops were stationed earlier.

She also charged that Kiev obstructs the work of the humanitarian mission of the International Committee of the Red Cross, which she urged to demand that the Government of that country respect the norms of international humanitarian law.

“More and more blatant facts of illegal massacres and harassment by Ukrainian radicals against detained Russian servicemen are revealed. The West pretends not to notice the numerous videos available on the Internet,” she stated.

Russia favors normalization of relations between Baku and Yerevan

Russia favors normalization of relations between Baku and Yerevan