A witness to an earthquake 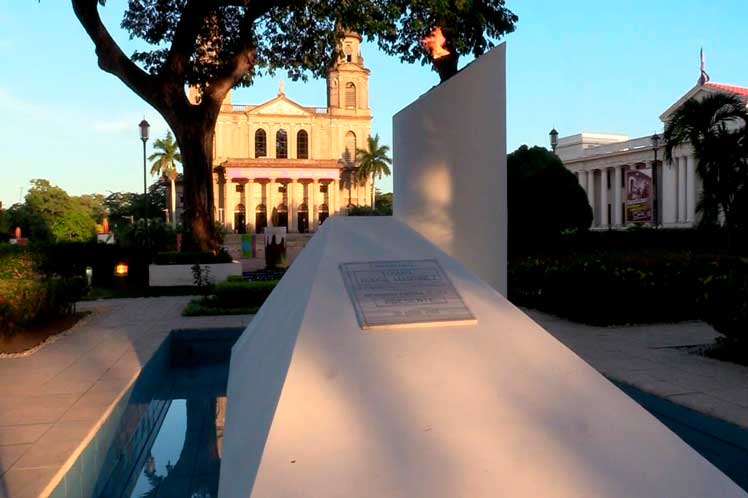 A witness to an earthquake

The natural event swept across the city and practically left nothing standing, according to local historian Clemente Guido, although the clock of the bell tower of the church definitively marks 12:35 of that fateful early morning.

Also known as CatedralMetropolitana de Santiago Apóstol, the building stands out by its neoclassical style, and its impressive structure, wounded by cracks and some missingwindows, and it looks like the Saint-SulpiceChurch in Paris, France.

Such an earthquake, which registered 6.2 on the Richter scale,“left the city on its knees, but not defeated.” Unfortunately, Guido told Orbe, the ambition of then dictator Anastasio Somoza Debayle stopped the reconstruction of its heritage section, emblematic buildings and spaces that were part of its identity.

Somoza issued a state of siege in its 500 blocks, fenced it with barbed wire and confiscated all properties there, claiming an alleged orderly recovery. He only brought neglect during his term of office (the second one from 1974 to 1979), the also Culture and Historical Heritage Director at Managua’s Mayor’s Office.

This year marked the Triumph of the Sandinista Revolution and the new representatives of the popular will in power attempted, “with much hope”, to renovate the capital but had to face a counterrevolutionary war in the 1980’s, financed by the United States.

The capital’s true recovery began fifteen years ago, the date in which President Daniel Ortega returned to power, according to the expert. “I now call it city of light because it used to live in the shadows,” he highlighted. Photo caption: Managua has a different look.