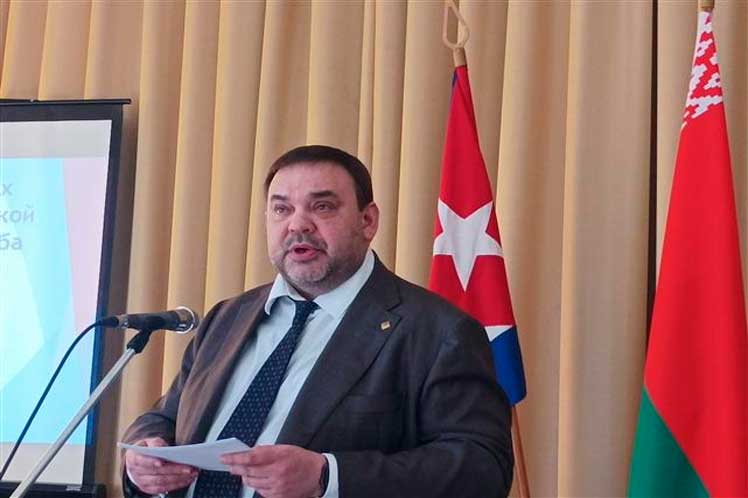 At the event, the Belarusian Deputy Foreign Minister, Yevgeny Shestakov, made a historical sketch of the ties between the two governments and peoples and highlighted the growing dynamics of the ties in recent years.

He stressed that the thrust of that relationship was consolidated by the results of the official talks that took place in Minsk, on October 23, 2019, between the Cuban president, Miguel Diaz-Canel, and his Belarusian counterpart, Alexandr Lukashenko.

The senior official stressed that this meeting led to the establishment of closer ties and new interrelation mechanisms between the two States, such as the reactivation of the Intergovernmental Commission and the adoption of a Bilateral Action Plan, in addition to the signing of important agreements. 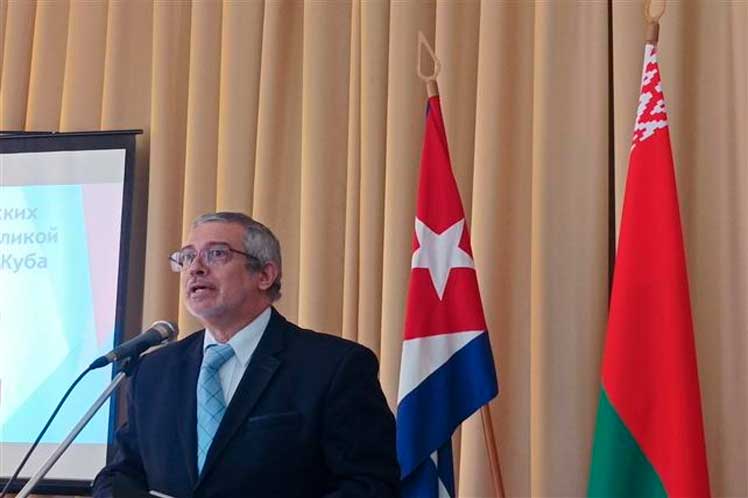 For his part, the Cuban ambassador to this nation, Juan Valdés, highlighted the high political level and the growing coordination of economic and commercial interests achieved in the ties between Havana and Minsk for the benefit of both peoples.

He meant that everything achieved was possible due to the will of both States and the deep roots of the relations that, in his opinion, constitute a potential to incorporate new forms of bilateral interaction, including future investments. 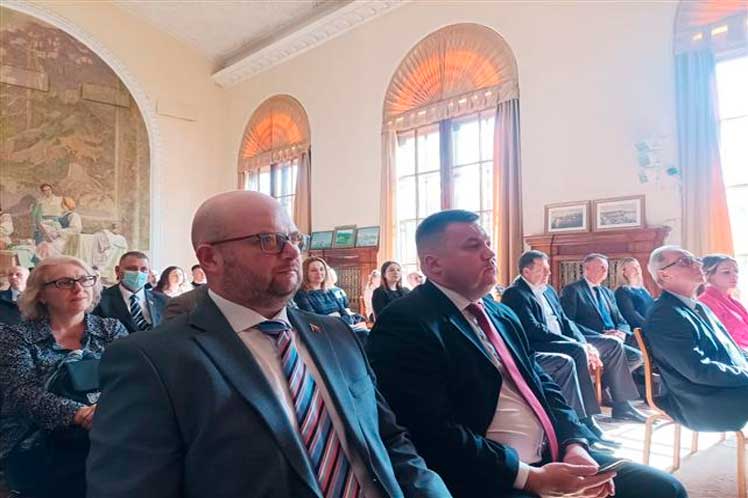 Valdés stressed that in the political sphere, Cuba and Belarus are aligned against the interference of foreign powers in the internal affairs of the two countries and repudiate the hybrid wars that seek to subvert the institutional order.

Likewise, he reiterated Cuba’s gratitude to Belarus for its firm solidarity against the US blockade.

He warned that in addition to his vote with the Caribbean nation against this US policy, Minsk has denounced every year from the United Nations General Assembly rostrum Washington’s economic, commercial and financial siege of the island.

At the ceremony, congratulations were read for the anniversary of senior officials of the Government and Parliament of this country, as well as the leaders of the Communist Party of Belarus and the Society of Friendship with Cuba, among many others.

The cultural segment of the activity was led by students and professors from the Faculty of International Relations of the Belarusian State University, who recited poems by the National Hero José Martí and performed musical works from both nations.