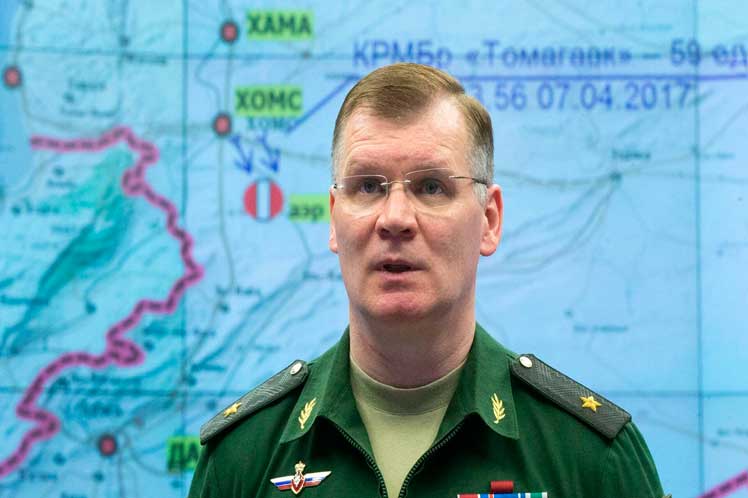 The spokesman for the military entity, Major General Igor Konashénkov, today reported the elimination of 15 command posts, in addition to 201 fortifications and a concentration zone for the kyiv forces.

The senior officer pointed out that Moscow aviation prevented this morning an attempt by nationalist units to attack the Kajovka hydroelectric power plant in Ukraine with two Tochka-U tactical missiles.

He explained that both rockets were shot down in the air by the Russian air defense forces, although fragments of one of them fell on the town of Nóvaya Kajóvka, in the Kherson region, injuring a woman and a child, as well as damaging a nursery and in residential buildings.

Russia began a military operation in Ukraine on February 24, after the authorities of the self-proclaimed People’s Republics of Donetsk and Lugansk requested help to repel the increase in aggression and intense bombing by Kiev.

In his speech to inform about the beginning of the operation, Russian President Vladimir Putin stated that the goal is to protect the population of Donbass from the abuses and genocide of Kiev during the last eight years.

According to the Defense Ministry, the attacks are not directed at the Ukrainian population or cities, but rather at the neighboring country’s military infrastructure.