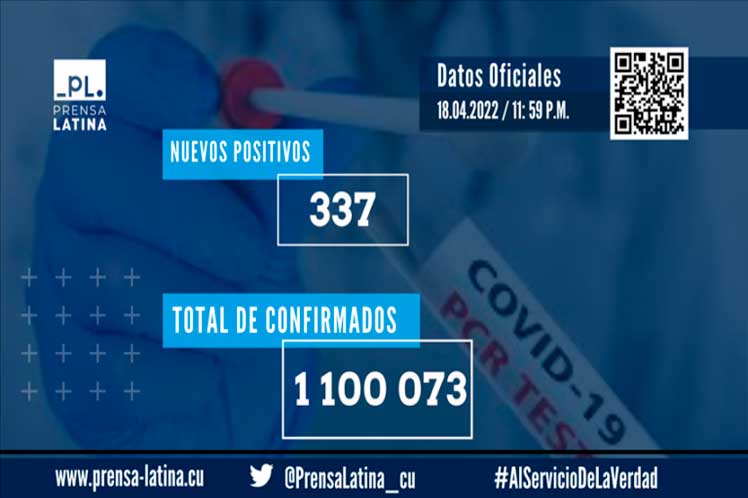 According to the daily report released by the Ministry of Public Health (Minsap), the number of patients admitted is 5,281, 3,576 of whom are suspected cases, 50 are under epidemiological surveillance and 1,655 are confirmed active cases.

Of the total number of contagions on Sunday, 332 were contacts of confirmed cases, four had a source of infection abroad and in one case the origin of the disease could not be determined.

Authorities granted 433 medical discharges among Covid-19 patients, bringing the number of recovered patients to 1,089,838 (99.1 percent of all confirmed cases).

There are 1,655 patients in hospitals or at home, 1,631 have a stable clinical evolution, while 24 are being treated in intensive care units: 13 are critical and 11 are seriously ill.

According to the National Director of Epidemiology of the Minsap, Dr. Francisco Duran, during the last three weeks the number of new infections has been significantly reduced and there has been a decrease in all provinces in the incidence rate of confirmed cases.

He added that, 18 autochthonous cases of the Omicron variant were diagnosed from April 10 to 16. The new variant is already present in all Cuban provinces with 396 cases reported in total.