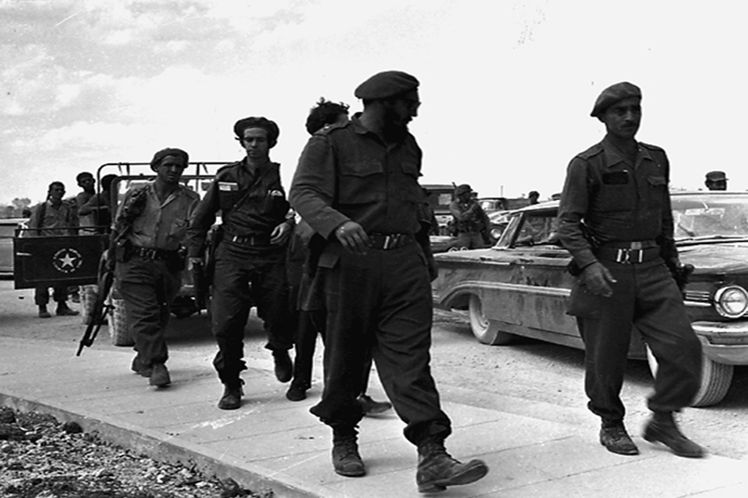 On Twitter, the president recalled a phrase by Historic Leader of the Revolution, Fidel Castro, who in 1965 said that “the historical importance of April 19 goes beyond the frameworks of our own country, because that day, certainly that Yankee imperialism received its first major defeat in America.”

Also on Twitter, Cuban Foreign Minister Bruno Rodriguez recalled another phrase of Fidel about this event in which he highlighted the role of the Cuban people in the defense of their country.

“They underestimated our people, they miscalculated (…) there is something that their computers could not calculate, and that was: the dignity, morale and revolutionary spirit of our people. Because it was the spirit of the people that crushed the invaders,”, Fidel said in April 1965.

The attack orchestrated from the United States was repelled in about 66 hours with the participation of Cuban people from all walks of life, which demonstrated for the first time that it was possible to defeat the most powerful imperialism in history and filled with hope the Latin American peoples submerged in dictatorships supported by Washington.

In the early hours of April 17, 1961, the mercenaries landed in Playa Giron and Playa Larga in the Bay of Pigs certain of a victory.

But two days later, on April 19, 1961, those who survived surrendered to the Cuban troops without being able to have access to a saving reshipment or the miraculous appearance of the US Marines and Air Force.

Then followed the revolutionary trial of the invaders and the US government was forced to pay a war indemnity for the material damages caused to Cuba during the invasion, something that occurred for the first time.