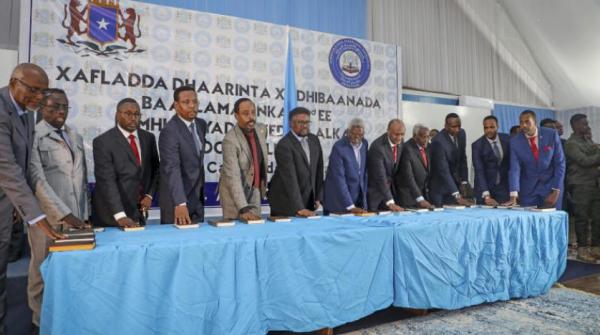 Both the House of Representatives (Lower) and the Upper House announced that they would automatically register presidential aspirants, according to announcements by the respective electoral commissions.

The 54 legislators of the Upper House and the 259 of the 275 to be chosen for the Lower House approved the day before the procedures for the functioning of the legislature, whose election has been delayed since December 2020.

Both the inaugural session (on the 14th) and that of this Monday were under the mortar fire of al Shabaab, a real scourge in rural areas of the center and south of the country, and which extended its field of action towards Mogadishu, the capital, in the middle of the last phase of the electoral process.

Somalia experienced months of political impasse due to the holding of the joust, which should have followed the election of the successor to President Mohamed Abdullahi “Farmajo”, whose mandate ended a year ago, in April 2021. The parliament should have been renewed at the end of 2020.

A number of sixteen seats belonging to the town of Garbaharey, under the control of troops loyal to the Somali president, have yet to be filled, but the Jubaland authorities claimed that the votes could not be held, citing security concerns.

The next parliamentary session is due to be held in a week’s time, on the 26th, with the probable election of the presidents of both chambers to then concentrate on choosing the president to succeed Farmajo, in a real bid for power with Prime Minister Mohamed Hussein Roble.

Somalia has been living in political instability for three decades when the late President Mohamed Siad Barre (1991) was overthrown.