Videodance Festival will combine talent of foreign artists in CubaVid 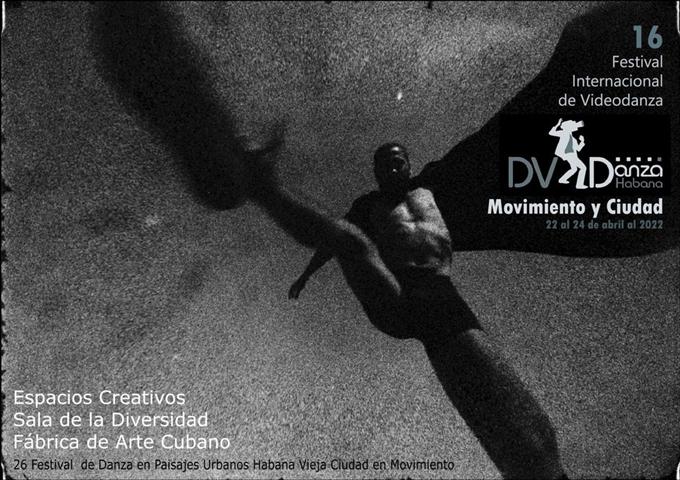 Videodance Festival will combine talent of foreign artists in CubaVid

The sixteenth edition of the event will offer a diverse program, marked by the presence of pieces from Chile, Mexico, the United States, Finland, Brazil, Spain, Uruguay, Argentina, Germany and the host nation, including works received for previous appointments.

With a commitment to the face-to-face scene, the event will host artists from the island such as Carolina Romillo, who will be in charge of opening the meeting with the world premiere of the audiovisual The power upon us, performed together with greats of Cuban dance: Santiago Alfonso and Rosario Cardenas.

According to the official profile on the Facebook social network of the Danza Teatro Retazos company, the dancer and choreographer from the Caribbean nation Abel Rojo and the Argentine teacher Silvina Szperling will also give prestige to this event.

With the signing of Mexican creators, deliveries such as Melankolia, by Melisa Priske, stand out, as well as the co-productions with Argentina Ama/gama and Renacer, while the audiovisuals of that South American nation also stand out, Emergency, The Invisible Heritage, Pandemic Trilogy and Domingo.

Likewise, there are videodances of the Caribbean country: Mudanza al Río Guaso, by Yoel Gónzalez; Insomnia, by Daniela Cepero; Origami, by Raúl Reinoso-Pepe Gavilondo; Revolution, by Abel Rojo-Gretell Monzón, among others.

In parallel, the International Festival of Dance in Urban Landscapes, known as Habana Vieja Ciudad en Movimiento, will take place in the streets, parks and squares of the Cuban capital, which takes as its stage emblematic sites of the city.

In its return to the face-to-face format, the event will be held in strict adherence to the measures implemented in the country to avoid contagion by Covid-19, while it will present a varied program of master classes, conferences, panels, staging, exhibitions and video projections.

Founded in 1996, the event combines the talent of artists from different nations who break into the daily life of the streets of Old Havana, to bring viewers closer to the most contemporary samples of dance and its fusion with other manifestations.