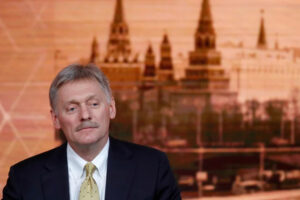 “Since Russia is very strong in tennis and our tennis players are, in fact, at the top of world rankings, the competition itself will be affected by their suspension,” he told the country’s media.

In the opinion of the head of the Kremlin’s press office, making sportsmen hostage to some political prejudices, political intrigues and hostility to our country, is unacceptable.

Earlier, The New York Times reported that Wimbledon organizers decided not to allow Russian and Belarussian tennis players to participate in the tournament, where world number two Daniil Medvedev was scheduled to compete.

Western sanctions against Russia after the beginning of the military operation in Ukraine on February 24 had a strong impact on key sectors of the Ukrainian economy, finance and trade, as well as in culture and sports.