Cuba receives over 19 thousand tons of wheat donated by Russia 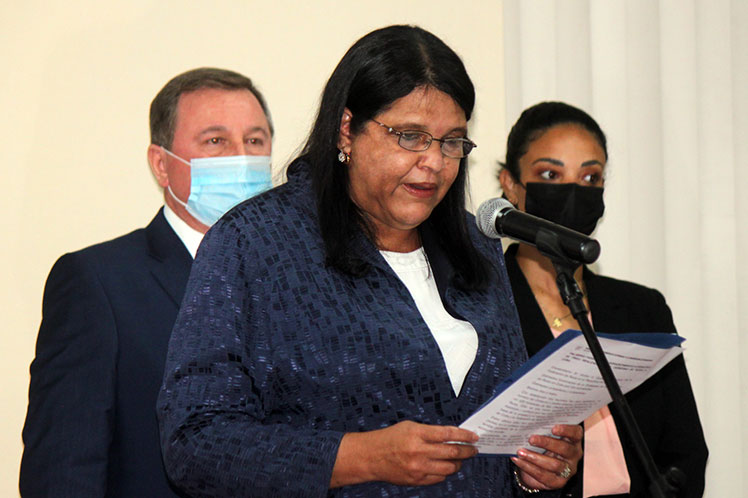 Cuba receives over 19 thousand tons of wheat donated by Russia

“This is a new expression of the historical and political ties that unite us, based on friendship and mutual respect between Cuba and the Russian Federation,” López Acea stressed during the official donation ceremony.

The first deputy minister of Minal recalled these years have been challenging for both nations, in a context -she said- “marked by the confrontation with the Covid-19 pandemic and its impact on the world economy”.

López Acea thanked Russia and the World Food Program for their efforts and support, highly valued by Cuban authorities.

She also ratified Cuba’s interest in continuing to strengthen bilateral cooperation relations, convinced -she assured- “that the practice of solidarity, international cooperation and multilateralism constitute the path to a more equitable, just and sustainable world.”

For his part, the Russian ambassador to Cuba, Andrei Guskov, reaffirmed Moscow’s intention to continue expanding collaboration with the island.

“This humanitarian cargo was sent to the island by the decision of the Government of the Russian Federation (…) we continue in this way to help the Cuban people, who faced with the Covid-19 pandemic, is forced to face the illegitimate and inhuman American blockade,” Ambassador Guskov said.

The ceremony was also attended by the First Deputy Minister of Foreign Trade, Ana Teresita González Fraga; the director of Europe and Canada of the Ministry of Foreign Affairs, Gisela García Rivero; the deputy director of Trade Policy with Europe of MINCEX, Nélida Guerra Moreira; and the counselor of the Russian embassy in Cuba, Serguey Oboznov.