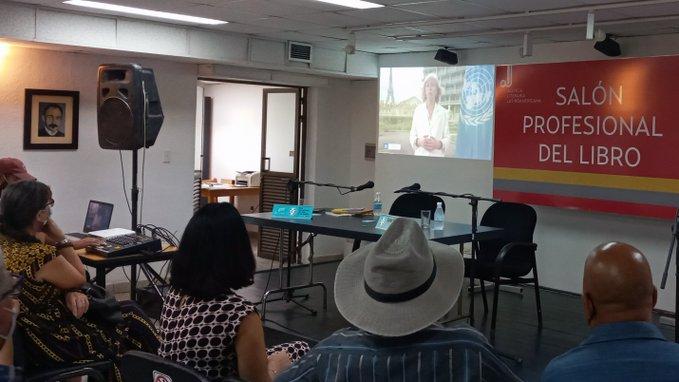 The Minister mentioned a message sent by Stefania Giannini, Deputy Director General of Education, in which she highlights the island’s achievements regarding the protection of the right to education, disclosed as part of the agenda at the Professional Hall of the International Book Fair.

According to the senior official, the results come from the priority given by the Cuban State to the preservation of universal policies of equal access and opportunities for the training of several generations of Cubans.

The program, organized by the Latin American Literary Agency, also includes master conferences, panels and exhibitions from the Rubén Martínez Villena Provincial Public Library in the capital’s historic center, from April 21 to 29.

The proposals include the conference Literature and oraliterature in times of pandemic. Lyrics and voice as an antidote, given by writer and improviser Alexis Díaz-Pimienta and book professionals, also “Active or passive actors in digital media”, by Spanish journalist Ignacio Ramonet.

Another activity is the lecture “60 years of La Gaceta de Cuba”, by Norberto Codina and Arturo Arango; the project of the Polish illustrator Joanna Concejo and her exhibition with drawings from the book “The Lost Soul”, by Olga Tokarczuk, Nobel Prize 2018.