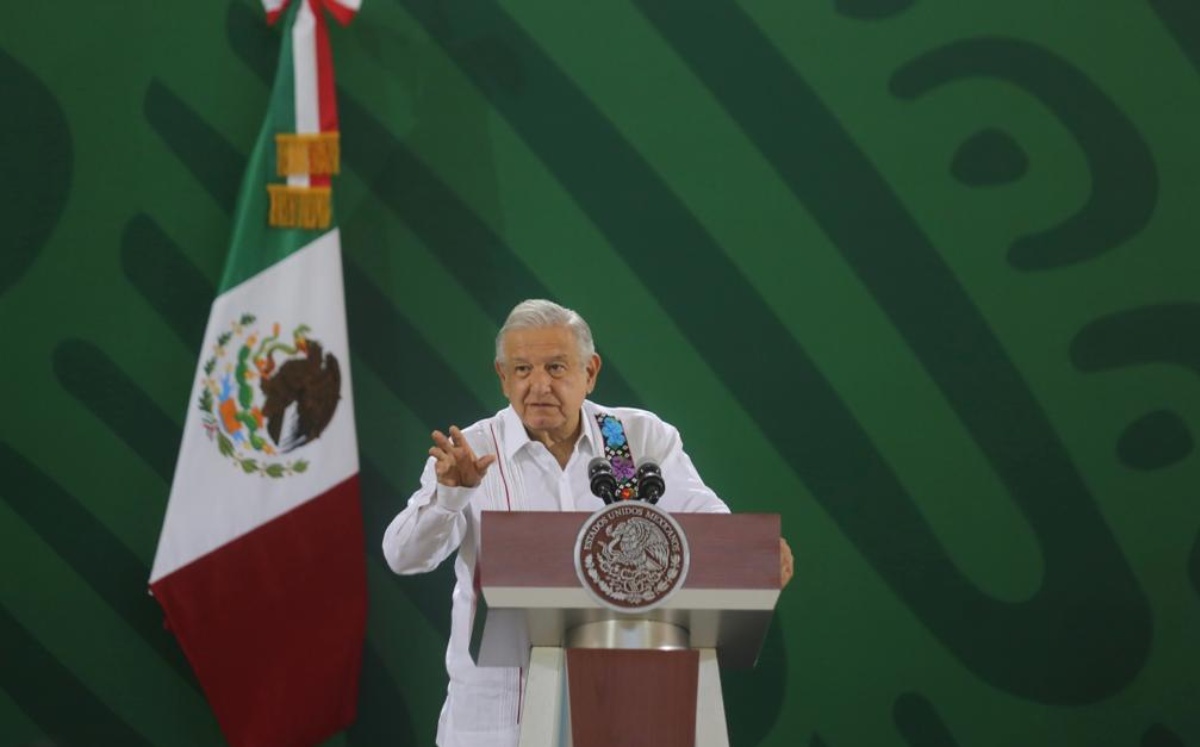 In his morning press conference in Veracruz, where a modern brewery will be installed by the Constellation group with a value of 1.3 billion dollars, the president confirmed the visit of businessmen from the two northern countries, partners in the free trade agreement.

He said that in the meetings with them they will present everything related to the development of the southeast and the Mexico Plan with Oaxaca, Chiapas, Veracruz and Tabasco directly, and the governors of those states and several ministries will participate.

The analyses include the works of the Isthmus of Tehuantepec and the train that will link the Mexican Pacific coast with the Atlantic coast, and reiterated that the Navy Secretariat will be in charge of the railroad line of close to one thousand kilometers for passenger and freight trains, and is advancing in a section that starts in Tapachula, on the southern border with Guatemala, towards the coast. The railroads and highways include the ports of Veracruz, Salinas Cruz and other terminals and a branch to the Dos Bocas oil refinery. In total, he said, 10 industrial parks will be created throughout the isthmus corridor, and security will be provided by the Navy, although the National Guard is participating, which is building barracks in Veracruz to reach 32 in that state, each for 120 elements.

He indicated that Mexico’s commercial relationship with the United States will be fundamentally towards the north and the east coast of that country, but starts from California and Texas.

The President announced that he will participate in June in the Summit of the Americas to be held this year in Los Angeles, California, and before that he will visit Guatemala, El Salvador, Honduras, Belize and Cuba starting on May 5.