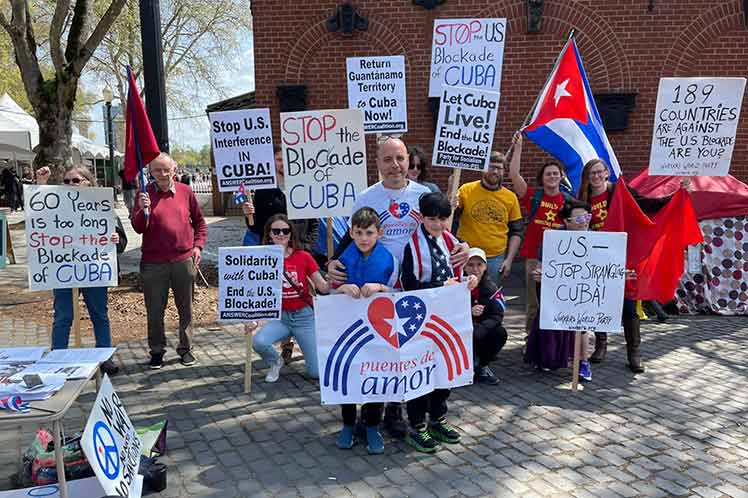 “Thank you for this new journey of love for #Cuba. The struggle against the #Blockade brings us together. Victory, sooner rather than later, will be ours,” the president wrote on Twitter.

The foreign minister tweeted that “friends, compatriots and solidarity organizations demand the end of a policy of harassment, persecution and suffocation against Cuba.”

Mexico, Finland, Sweden, Canada, Guatemala, Jamaica, Guinea-Bissau, Tunisia, Timor-Leste and Italy are some of the countries where marches, convoy of vehicles, among other actions, were reported on Sunday to demand that the US Government cease its hostility.

Likewise, the mobilizations in the US cities of New York, Miami, Seattle and Portland also demanded the return of the territory illegally occupied in Guantanamo, where the United States maintains a military base against Cuba’s will.

Cubans living there and US citizens also called for the elimination of Washington-imposed restrictions on travel to Cuba, as well as the end of other measures that affect relations between families on both sides of the Straits of Florida.