Prime Ministers of Dominica and Belize visit Cuba this week 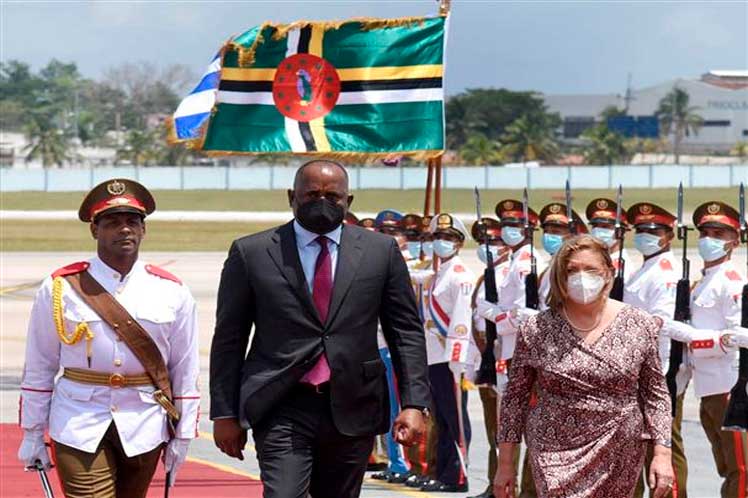 Prime Ministers of Dominica and Belize visit Cuba this week

The Dominica Prime Minister declared to the press that Cuba is an example of solidarity for the world, an attitude -he said- maintained despite the challenges imposed by the intensification of the economic, commercial and financial blockade of the United States.

Every time I come I feel proud to be in a country of courageous people, and my commitment to the Cuban Revolution and its people is reinforced, he pointed out.

Fidel Castro always told us we could negotiate everything except principles, and it is good to know that this great lesson remains with the current president, Miguel Díaz-Canel, he added.

As for Prime Minister of Belize, John Antonio Briceño, he is expected to arrive this Wednesday, Cuban Ministry of Foreign Affairs reported.

During his stay, the also head of Finance, Economic Development and Investments of that Central American nation with Caribbean shores, will hold talks with Cuban authorities and carry out other activities.

Cuba and Belize have historical ties of unity based on the principles of solidarity, friendship, gratitude and full support. Medical collaboration has been one of the main aspects of collaboration between the two countries since 1994.

In addition, thanks to cooperation in education, several hundred Belizean students graduated in Cuba, mostly in medicine.