Russia will respond to US obstacles to its diplomatic missions 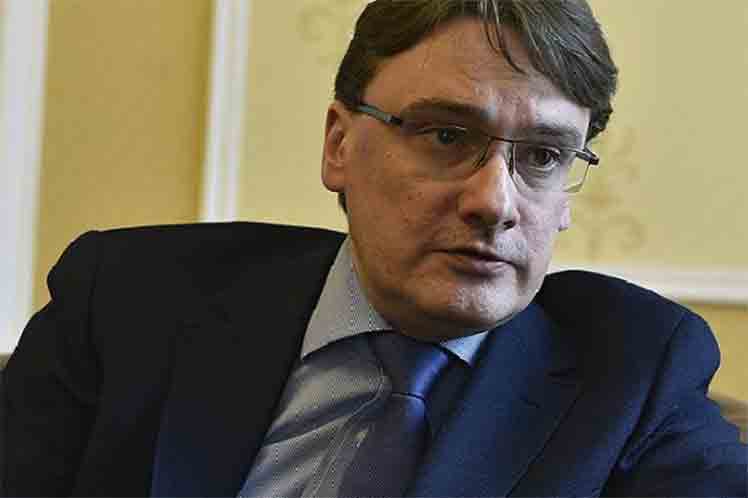 Russia will respond to US obstacles to its diplomatic missions

The deputy minister thus responded to a question about the blocking of accounts of Russian diplomatic missions in the United States, at a meeting of the temporary commission of the Federation Council (Upper House of Parliament) on the protection of state sovereignty and the prevention of interference in the internal affairs of the country.

Earlier, the State Department reported its decision to expel 28 diplomats and members of the technical and administrative staff of the Russian embassy in that nation with a deadline of June 30.

The head of Moscow’s diplomatic mission in Washington, Anatoly Antonov, called the decision a major blow to the operation of the mission and said he had no idea what would happen next.

In another part of his intervention, Ivanov explained that the seizure of assets on the territory of Russia could be a response to hostile actions against Moscow and stressed that “unfriendly actions do not go unanswered.”

He indicated that in addition to the ban on entering this country, Russian law provides for the possibility of imposing a series of economic restrictions, including the seizure of goods found on its territory, the TASS news agency reported.

He added that amendments in force since March this year also include a veto on any transaction related to property and investment in Russia.

The deputy foreign minister explained that this measure, previously applied only to US citizens, was extended to all foreigners, regardless of their country of origin.

He further pointed out that the anti-Russian measures will lead to serious problems in the sanctioning countries. “When it comes to Russia, privacy, freedom of expression, the rule of law, in general, have been abolished, which, by the way, in the medium term and especially in the long term will have the most serious consequences in the countries that participate in this,” he said.

For the deputy foreign minister, Russia now has the mission of preventing a large-scale military conflict in the world and developing new rules for peaceful coexistence based on respect for the legitimate interests of all states.

In his view, the current political differences with Europe and the United States arose because Russia’s vital interests were ignored for the past three decades.

“Today it can already be said with certainty that the events unfolding around Ukraine will have a profound impact on the distribution of forces in the world,” he stressed.