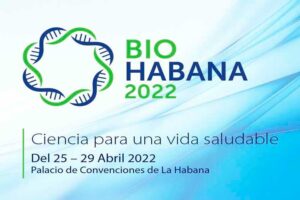 The program disclosed by the organizers includes the minister’s speech between 09:00 hours and 10:00 hours, local time, and then the holding of different symposiums at the Havana-based Conference Center.

Within the framework of Covid-19 (Control and Management of Epidemics and Pandemic Preparedness), Francisco Duran, National Director of Epidemiology at the Cuban Ministry of Public Health (MINSAP), will speak about the behavior of the disease in the country.

Maria Guadalupe Guzman, PhD in Science and Director of Research, Diagnosis and Reference at the Pedro Kouri Institute of Tropical Medicine (IPK), will address the appearance and evolution of the genetic variants of SARS-CoV-2 during the epidemic on the island.

Gabriel A. Picone, a Professor in the Department of Economics at the University of South Florida, will address the issue “Covid-19 excess deaths in the United States and vaccines in that nation.”

Around 1,000 representatives from 51 countries are taking part in the congress, which was opened in the presence of Cuban President Miguel Diaz-Canel on Monday.

Rolando Perez, scientific secretary of the event’s organizing committee, said in his welcoming remarks that the congress seeks to strengthen the contacts between the academic and business sectors, while strengthening the dialogue among scientists, technologists and businessmen.

BioCubaFarma President Eduardo Martinez recalled at the opening ceremony some aspects of the history of this Cuban sector with emphasis on the achievements made.

Under the slogan “Science for a healthy life,” BioHabana 2022 brought together not only prominent scientific figures, but also companies from the biotechnological and pharmaceutical sector of Brazil, Chile, Colombia, Panama, Venezuela, El Salvador, Peru, Paraguay, Argentina, among other countries.