Diaz-Canel says that changes in Cuba must respond to socialism 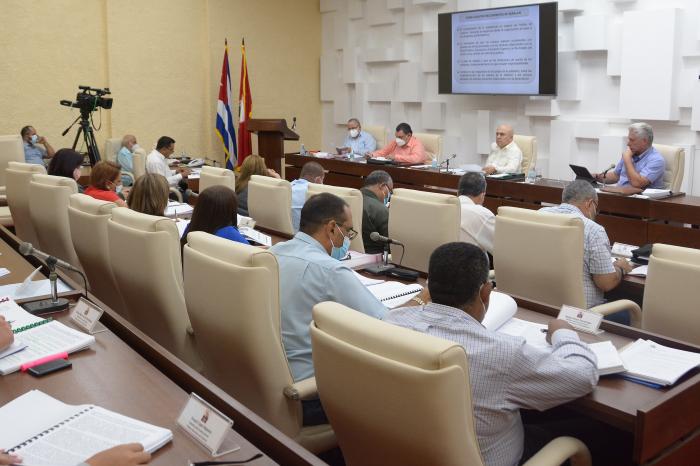 Diaz-Canel says that changes in Cuba must respond to socialism

The president made this reflection during the April meeting of the Council of Ministers, which was held on Monday and focused on updating the socioeconomic strategy to strengthen the economy in the context of the world crisis generated by the Covid-19 pandemic.

According to Granma newspaper, this strategy, drawn up in 2020, has been a working premise over the past two years, on the basis of the National Economic and Social Development Plan until 2030.

Speaking at the meeting, the president stressed that the country’s life faces unavoidable situations such as the intensified economic blockade by the United States, the media campaigns that seek to distort Cuba’s reality and the pandemic, whose effects persist.

In this regard, he insisted on the concept of “creative resistance” aimed at “overcoming this situation with our own efforts and our own talent” and with the confidence that Cuba has the capacity to emerge victorious from these challenges.

The head of State mentioned the way in which Cuba fought the Covid-19 pandemic “with commitment, with firmness, with confidence, with organization, with participation and with talent, and from talent came the vaccines”.

He said that Cuba has assumed the new normality, opened its borders and the economy is gradually resuming.

Diaz-Canel emphasized the importance of achieving greater integrality, complementarity, the use of science and innovation, as occurred during the pandemic, in other areas such as food production, social work in the communities and the entire economy.

The president noted other conceptual aspects that should be present in the national strategy, such as the search for greater social balance, with economic measures and public actions and policies.

The measures to be implemented must be revolutionary, transformative, seeking to eliminate bureaucracy, with more efficient control mechanisms, and achieve the articulation of all economic actors, he emphasized.