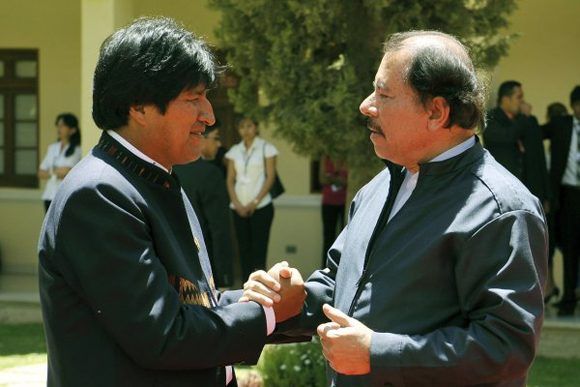 “The US coup agent, @Almagro_OEA2015, threatens the people of Nicaragua who decided to expel the OAS for dignity, security and sovereignty. After conspiring against brother Daniel Ortega, the servile secretary of the empire has no right to demand anything from Nicaragua,” he tweeted.

Morales is in Cuba, where he is participating in the Havana International Book Fair to present the book “Evo Operación Rescate. Una trama geopolitica de 365 dias (Evo Rescue Operation. A 365-day geopolitical plot), together with its author, Spanish economist and academic Alfredo Serrano.

Forty-eight hours ago, Nicaraguan authorities described the OAS as an instrument of colonial administration by publicly ratifying their invariable decision to withdraw from that regional forum.

In a national radio and television broadcast, Nicaraguan Foreign Minister Denis Moncada stated that the OAS does not represent at any time the sovereign union of “Our Caribbean America, on the contrary, it is an instrument of Yankee imperialism.”

The minister referred to the OAS as an instrument to violate rights and independence, “by sponsoring and promoting interventions and invasions, legitimizing coups d’état in different formats and modalities.”

Moncada said that the people and government of Nicaragua denounced, and continue denouncing, the shameful condition of one of the political mechanisms of intervention and domination of the Department of State of the United States, “equivocally and fallaciously called the Organization of American States.”

The presidents of Cuba and Venezuela, Miguel Diaz-Canel and Nicolas Maduro, respectively, the Community of Latin American and Caribbean States and social organizations from several countries in the region have expressed their support for Nicaragua’s sovereign decision.