It is time to decide on the destiny of the UN Charter, Lavrov says 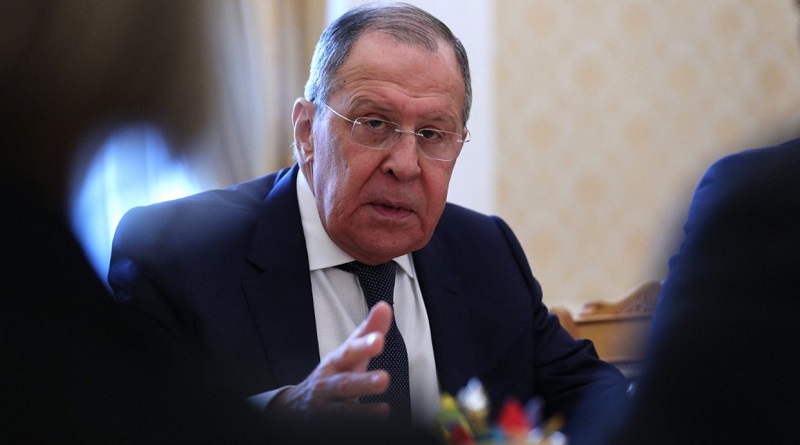 It is time to decide on the destiny of the UN Charter, Lavrov says

Moscow, Apr 26 (Prensa Latina) Russian Foreign Minister Sergei Lavrov stressed on Tuesday that it is time to decide whether the world will live on the basis of the United Nations Charter or will support the dictates of a country with a group of satellite States.
Share on facebook
Share on twitter
Share on whatsapp
Share on telegram
Share on email

Speaking at a joint press conference in this capital with UN Secretary General Antonio Guterrez, the head of Russian diplomacy noted that “the moment of truth” has arrived for the debate on the fragility of the current situation for international relations, which, he said, cannot be postponed any longer.

“Either we all accept that someone with a group of his satellites decides how humanity will live, or it will live on the basis of the UN Charter. Here, in fact, a very simple choice must be made,” the foreign minister noted.

He added that the UN Security Council resolution “must be sacrosanct” for the UN Secretariat, especially those adopted by consensus.

Lavrov criticized the document adopted by the General Assembly on March 2, in which Moscow’s military operation in Ukraine is condemned.

He warned that several dozen countries had refused to support this resolution and complained that they were “literally forced” to support it.

He charged that those nations’ ambassadors were reached by US representatives in the UN corridors and were threatened. “I am not exaggerating. This happened, and we know about it,” he noted.

Lavrov called the UN Charter the “greatest document of all time” and expressed hope that the UN, based on those roots, will play a catalytic role in developing “honest dialogue, without ultimatums, without threats and without attempts to solve problems by force, including financial and economic force.”

He asserted that the situation around Ukraine is the result of the “boundless expansion” of the North Atlantic Treaty Organization (NATO) and how the neighboring country was used as a springboard to contain Russia.