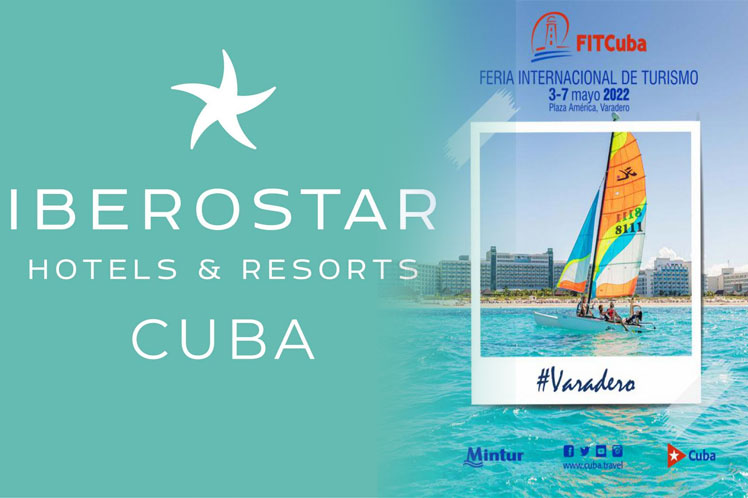 A statement released Tuesday in Havana added that Cuba is reopening its doors to the world and FITCuba (May 3-7, Varadero) is the ideal opportunity to position a destination in constant growth once again.

Iberostar arrives at the fair after a two-year break due to Covid-19, with all its hotels in operation (18) and a solid presence throughout the country, the message insists.

The event is undoubtedly the country’s largest fair dedicated to tourism and one of the most important in the region in terms of hotel services.

This year it will be held in Varadero, which was recently ranked the second best beach in the world according to TripAdvisor, where Iberostar has a strong presence, with six hotels on the beachfront.

Through its WOC (Wave of Change) initiative, Iberostar is consolidating its position as a company of reference in sustainable tourism, not only in Cuba but on a global scale, according to the press release.

The elimination of single-use plastics, the promotion of responsible fish consumption and the promotion of coastal health projects are some of the main lines proposed by WOC in order to establish a harmonious link between man and the sea.

With more than 80 percent of its hotels on the beachfront, making its facilities increasingly responsible with the surrounding environment is today one of the Spanish brand’s priorities.

In Cuba, with the installation of water processing plants in 14 of its 18 hotels, Iberostar has managed to reduce more than 140 tons of plastic from water bottles since the beginning of this initiative.

Iberostar Hotels and Resorts’ nearly 30 years of operations in Cuba endorse the company’s commitment to the Cuban destination, which is the hallmark of its participation in FITCuba 2022.

A new star joins the Iberostar family: the Coral Level at Iberostar Selection Esmeralda, located in Cayo Cruz, a high-level attraction in a still virgin destination.

The Iberostar Group is a 100% family-owned Spanish multinational company with more than 60 years of history.

Iberostar Hotels & Resorts is its core business, with a portfolio of more than 120 four- and five-star hotels in 19 countries and a staff of more than 34,000 employees.