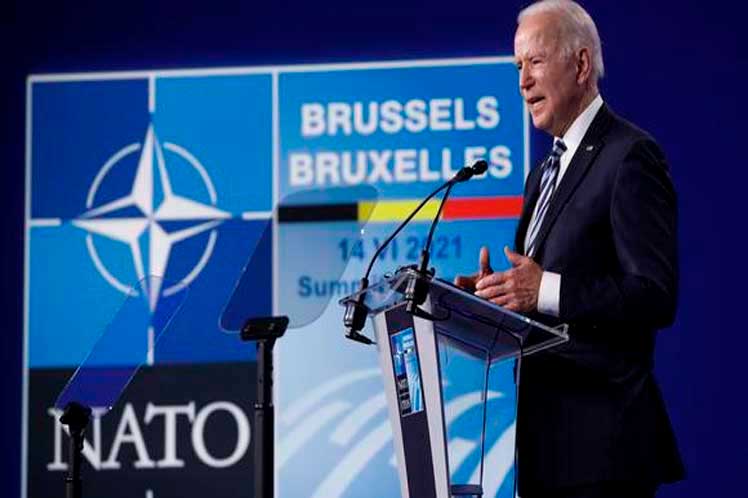 The United States and allies in the North Atlantic Treaty Organization (NATO) are currently supplying increasingly updated weapons to Kyiv in order to reinforce resistance against Russian military operation, according to Ted Galen, expert on foreign policy and defense issues.

It would be unwise for US leaders to put their nation at risk of nuclear war. It´s absolutely irresponsible to do so for a such a “terribly corrupt and increasingly authoritarian” country, Mr. Galen stated in reference to Ukraine.

So far, Joe Biden rejects riskier actions including the proclamation of a no-fly zone over Ukrainian territory and the sending of troops to that European country, but even so, Washington is close to becoming an absolute belligerent in an overly dangerous war, Mr. Galen said.

In this regard, Galen recalled Russia’s warning about arms shipments, which Moscow also considers as legitimate military targets.

Russia sent a note to the White House calling for it to stop military material supplies to the Ukrainian forces, according to the Russian ambassador to the United States Anatoli Antonov.

On Monday night, during a visit to Kyiv, the US Secretaries of State and Defense Antony Blinken and Lloyd Austin, respectively, announced their country will allocate $713 million for Ukraine´s military funds and 15 other European countries.

Out of this figure, Ukraine will receive over $322 million, while the remaining amount will be divided into Central and Eastern European countries, Mr. Blinken told journalists in Poland.

The United States is the main arm and financial aid supplier to Ukraine, as well as the most important promoter of economic, commercial and financial sanctions on Russia.