Cuba with a varied exhibition at the Bogotá International Book Fair 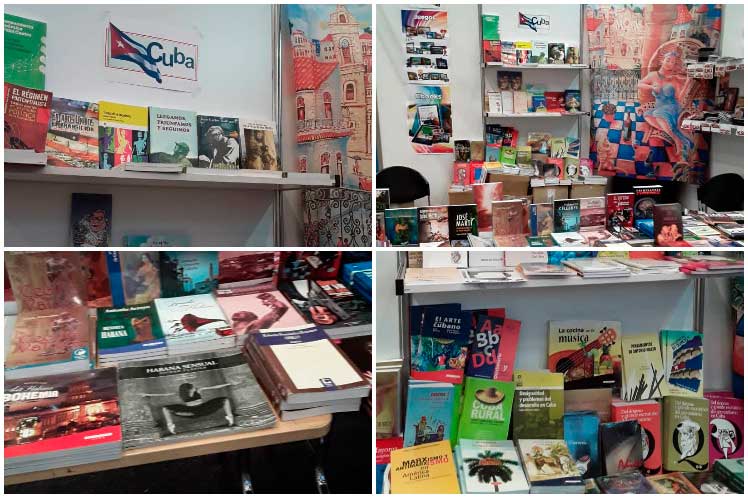 Cuba with a varied exhibition at the Bogotá International Book Fair

Bogotá, Apr 27 (Prensa Latina) With dozens of titles from various publishing houses, Cuba is present today at the Bogotá International Book Fair (Filbo 2022), one of the most important cultural events in Colombia.

Visitors and book lovers can find cookery, music, historical and children’s texts, among others, at stand 1708 of the International Pavilion at the Bogotá International Business and Exhibition Center (Corferias), located in this capital.

Sensual Havana, a book by photographer and journalist Gabriel Dávalos Hidalgo, made in 2014, who through his 60 photographs proposes, through classical dance, the essentials of a city, is one of the Cuban texts of singular originality and beauty in Filbo 2022.

Another of the texts that can be purchased is “We arrived, we won and we continued, a compilation of various authors, which summarizes the emergence and development of the Revolutionary Armed Forces, for which it becomes a well-deserved tribute to the heroes of that feat and its successors, especially Commander in Chief Fidel Castro Ruz.

“The Little Prince”,by Antoine de Saint-Exupéry; Cooking in music, by the specialist Silvia Mayra Gómez Fariñas; Books about José Martí, considered the most universal of all Cubans, among many others, cover the publishing scene of the Caribbean Island in this appointment with readers in Bogotá.

The XXXIV edition of Filbo 2022 began on April 19 with the presentation and exhibition of a wide variety of titles, artistic options and it will be a space for meetings after two years of the pandemic. This new edition, whose motto is Come back so you can come back, returned in person with the Republic of Korea as the guest country and has 500 national and foreign guests from 30 countries, 500 exhibitors in an area of ​​53,000 square meters and will have 1,600 face-to-face activities.

The Fair, organized by the Colombian Book Chamber and Corferias, will be open until May 2.