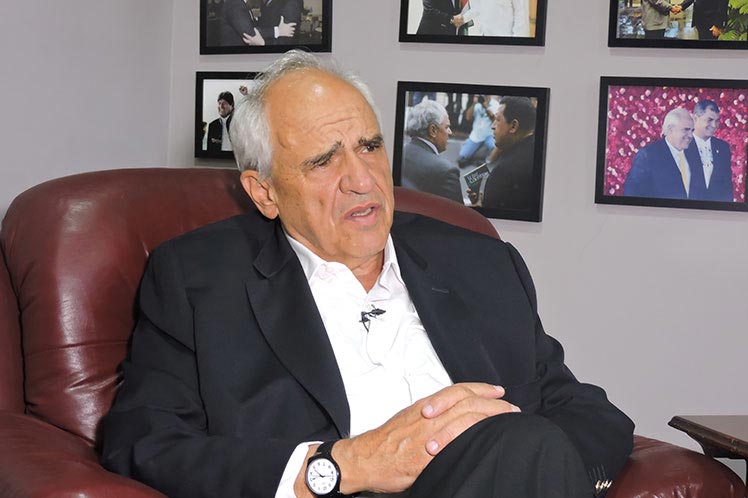 In an interview with Prensa Latina, the prominent Colombian politician pointed out that the world will have to make a clear reflection on the illegality of these unilateral extortions or economic restrictions on Cuba, as well as Russia, Venezuela and other nations. “That would have to be the result of a multilateral consensus and not that each country reserves the right to establish measures that ultimately end up harming the most needy people in each country,” Samper emphasized.

It is essentially the people who begin to live a humanitarian tragedy due to the lack of food, medicine, work or education caused by those actions, he commented.

“I still hope that the president of the United States, Joe Biden, can review his policy against Cuba and return to that little light that was the normalization plan agreed by the Cuban government with former president Barack Obama, of which Mr. Biden was Vice President,” he said.

In addition, that Cubans comply with what was agreed to be essentially measures of humanity, civilization and respect for the sovereignty that each country has to establish its own paths, he emphasized.

He stressed that, in the Puebla Group, within which he is one of the coordinators, its members strongly insist on the need to review this entire package of unilateral measures with which the world has unleashed economic wars that damage especially the most sensitive population, the poorest.

“Of course, the example of Cuba, of resistance to these measures in defense of its principles, is a heroic defense, which we are supporting all of us who believe that self-determination is a sacred principle,” former President Samper told Prensa Latina.

The Minister of Foreign Affairs of Cuba, Bruno Rodríguez, denounced on Monday the blockade, the fundamental cause of the problems of the economy of the Caribbean Island.

He added that the policy of maximum pressure applied by President Donald Trump and applied today with equal rigor by President Biden, including the 243 extreme measures in recent years or the brutal upsurge that occurred in 2019, are determinants of the problems the Cuban people faces on a daily basis.

The foreign minister explained that the damage caused by the economic, commercial and financial blockade imposed by the United States government against Cuba amounts to more than 12 million dollars a day and more than 365 million dollars every month, which is also reflected in the daily life of Cuba. all the families of the Caribbean country.