Prime Minister of Belize arrived in Cuba on an official visit 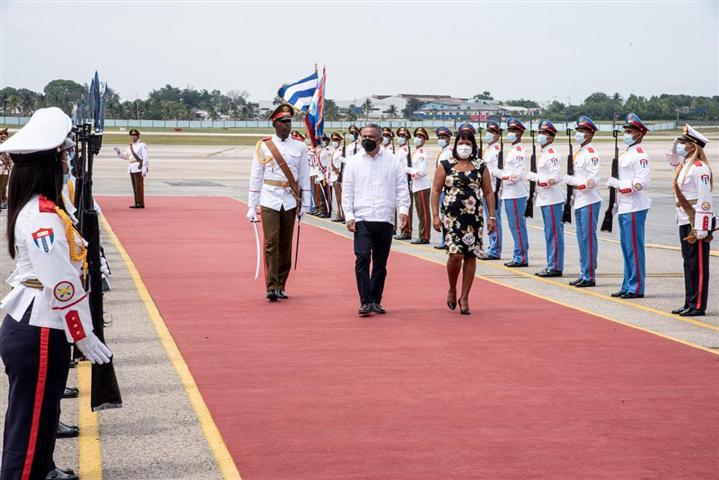 Prime Minister of Belize arrived in Cuba on an official visit

Havana, Apr 27 (Prensa Latina) The Prime Minister of Belize, John Antonio Briceño, arrived in Cuba today to begin an official visit, during which he will hold meetings with authorities and carry out other activities.

Upon his arrival at the José Martí international airport in the capital, the also head of Finance, Economic Development and Investments of that Central American country with Caribbean shores was received by Vice Minister of Foreign Affairs Anayansi Rodríguez.

In statements to the press, the head of government expressed satisfaction at returning to Cuba, a country he described as an important ally of Belize.

He also stated this visit will strengthen bilateral ties and agreements on health and other areas, in addition to discussing important issues of the region.

Havana and Belmopan have maintained close ties of cooperation since the establishment of diplomatic relations on July 15, 1995, but since 1990 more than a thousand Cuban specialists in different areas have collaborated in that nation.

Currently, 122 health and sports professionals work there, and 54 scholarship holders from Belize study in Cuba.

The two nations also carried out projects in the sectors of culture, environmental preservation, sugar industry, fishing, construction and tourism.

Belize rejects the economic, commercial and financial blockade of the United States against Cuba and has requested its lifting on multiple occasions.

In 2005, the historical leader of the Cuban Revolution, Fidel Castro, decorated George Price, Father of Belize’s Independence, with the José Martí Order, the highest distinction granted by the country.