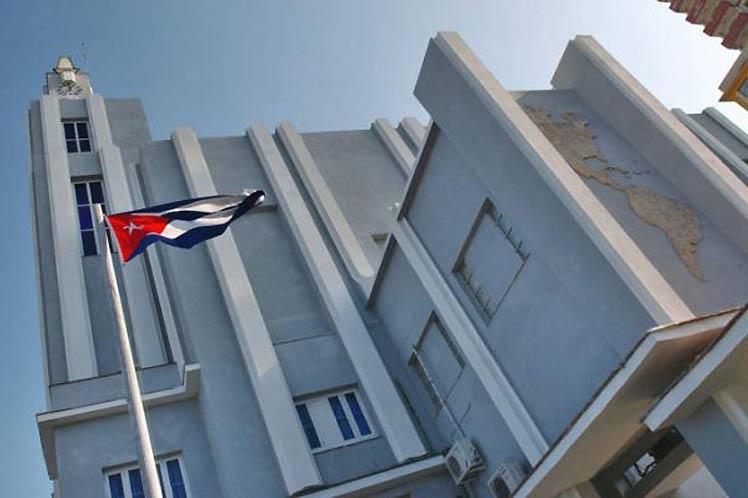 Havana, Apr 28 (Prensa Latina) The Havana-based Casa de las Americas recalled on Thursday, on the 63rd anniversary of its foundation, the presence in its facilities of renowned figures from Cuba and the region such as Haydee Santamaria, Mariano Rodriguez, Roberto Fernandez Retamar and Manuel Galich.
Share on facebook
Share on twitter
Share on whatsapp
Share on telegram
Share on email

On their profiles on social networks, institutions and officials, including Culture Minister Alpidio Alonso, who recognized the legacy of valuable intellectuals, recalled the founding of Casa de las Americas in Havana on April 28, 1959.

In his opinion, the prestigious institution continues developing its essential role as a promoter of the decolonizing thought Our America, with the contribution over the past six decades of numerous personalities such as the Uruguayan writer Mario Benedetti.

Cuban Prime Minister Manuel Marrero referred to Casa’s role in stimulating the production of art and literature in the continent, while Producciones Verde Olivo noted its contribution to the development and extension of sociocultural relations between the region and the rest of the world.

Casa de las Americas has disseminated the region’s thought since April 1959, under the direction of heroine and guerrilla Haydee Santamaria, and its bibliographic material is a review of the history, intellectuality and sociopolitical processes in Latin America and the Caribbean.

The famous building, located on the corner of 3rd and G Streets in El Vedado neighborhood, has been a National Monument since 2010 and, although it was initially conceived as a residence in 1947, the Association of American Writers and Artists added a third floor.

During a conversation between Santamaria and a group of Cuban workers on June 4, 1974, which was published in La Ventana (The Window), the institution’s information website, she tells how upon her arrival in 1959 “it was a piece of a house that looked like a church.”

“Those of us who were close to the comrades in this country who know what can happen, especially Fidel Castro, were aware that the breakup of relations with Latin America was coming, that we would have great conflicts (…) I begin to think that when they isolate us from our continent, it was important not to isolate ourselves from Latin American culture,” she said.

The institution stopped the blockade against Cuba through literature and art: “when Latin American writers come to Cuba, what interests us most is that (…) they leave with a fair vision of what our Revolution is,” she pointed out.