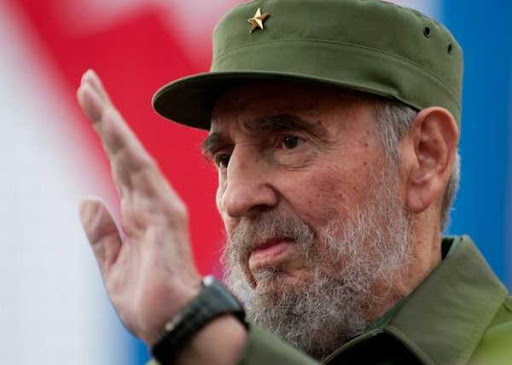 Young people, representatives of 44 student federations from more than a dozen countries in the region, learned Fidel Castro’s anti-imperialist thinking, one of the most defining expressions of the political thought of the leader of the Cuban Revolution.

This was precisely the subject of a lecture given at the Fidel Castro Center in Havana by Elier Ramirez Cañedo, deputy director of that institution, who pointed out that the work and ethics of Cuban National Hero Jose Marti were an essential source of that thought.

The academic also pointed out that the impact of the big inequalities that existed in the area of Biran, in eastern Cuba, where Fidel Castro was born and grew up, helped forge those ideas.

They were later reinforced by the knowledge of the actions of outstanding revolutionary figures in the first half of the 20th century in Cuba, such as Julio Antonio Mella and Antonio Guiteras, and by Fidel Castro’s embrace since his youth of all anti-imperialist causes in Latin America.

Ramirez Cañedo recalled that in Marti’s case, his struggles were not only aimed at achieving Cuba’s emancipation from Spanish colonialism, but also at preventing the expansion of the United States in Latin America, as he expressed in his last writings.

Marti was also pronounced for anti-imperialism at the cultural level, which was clearly expressed in his work “Nuestra America” (Our Americas), with ideas that the leader of the Cuban Revolution took up and which, according to the lecturer, are still relevant today.

Moreover, he emphasized the value that Fidel granted to the unity of the progressive forces, even within the diversity, both within Cuba and internationally, and his permanent promotion of solidarity as a way to reach anti-imperialism and the emancipation of the human being.

The conference was part of the activities of the program of the First “José Rafael Varona” School for the Training of Leaders of the Oclae, which materializes one of the agreements of the 18th Congress of that organization, held in Caracas, Venezuela, in May 2019.

At the meeting of the Oclae General Secretariat, held in Guadalajara, Mexico, in November 2021, the inauguration of the course was scheduled for this year, with headquarters in this capital, from April 25 to May 3.