China and Caribbean to join forces to face global challenges 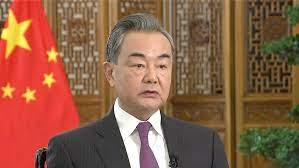 China and Caribbean to join forces to face global challenges

According to an official press release, the parties committed to safeguarding the basic norms of international relations, strengthening unity and protecting the rules-based multilateral system with the United Nations at its center.

Chinese Foreign Minister Wang Yi said that they will work to consolidate their comprehensive strategic partnership, and added that they will increase official exchanges and will also cooperate more in areas such as trade, infrastructure construction, education, culture and tourism.

He praised the development of mutual ties since they were established 50 years ago, advocated that the international community pay more attention to the challenges of small island states and assured that Beijing is willing to establish a fair and win-win system in the climate field.

The communiqué indicated that the Caribbean countries proposed to strengthen collaboration within China’s Belt and Road Initiative in order to accelerate the industrialization process in their area.

They thanked China for its support in the face of natural disasters and the Covid-19 pandemic, described it as a reliable and important partner of the region and expressed support for its efforts to safeguard sovereignty and territorial integrity.

Wang and the prime minister of Dominica, Roosevelt Skerrit, chaired the video consultations, which brought together the foreign ministers of Dominica, Suriname, Barbados, Antigua and Barbuda, Grenada, Trinidad and Tobago, Bahamas, Guyana and Jamaica.

The last such meeting was held in Beijing in February 2019.