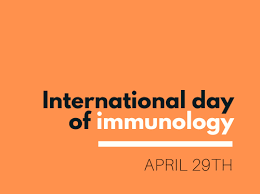 Havana, Apr 29 (Prensa Latina) Immunology has greatly contributed to health in Cuba, for example, to the the development of five vaccine products against Covid-19, Minister of Health, Jose Angel Portal, said on Friday.

Celebrating the International Day of Immunology, the Minister pointed out that the use of hyperimmune plasma, hematopoietic stem cells and several immunomodulators and antivirals, as well as tests for the diagnosis of the SARS-CoV-2, were also decisive in controlling the current pandemic.

Portal sent a message of congratulations to the professionalism and dedication of Cuban immunology specialists, especially those working in institutions of the National Healthcare System.

“Their work has been and is vital for the protection and care of the health of our people,” he wrote on Facebook.

He also stressed that, since the triumph of the Revolution, a number of facts and breakthroughs in the field of immunology took place and vaccination was expanded and extended free of charge to the entire nation, which led, in just one year, to the eradication of polio; as well as another dozen infectious diseases controlled since then.

“The birth of Cuban immunology is linked to the introduction of vaccination against human smallpox, just as it happened with its origin, based on the experiences of Edward Jenner in 1796,” Portal recalled.

He recalled that just eight years later, Dr. Tomas Romay carried out a similar experiment, in which he included his own children, and the successful result led to the extension of smallpox vaccination throughout Cuba.

Cuba was the first country to eliminate rubella and congenital rubella syndrome, with a joint strategy focused on adult women and children who received a vaccine.