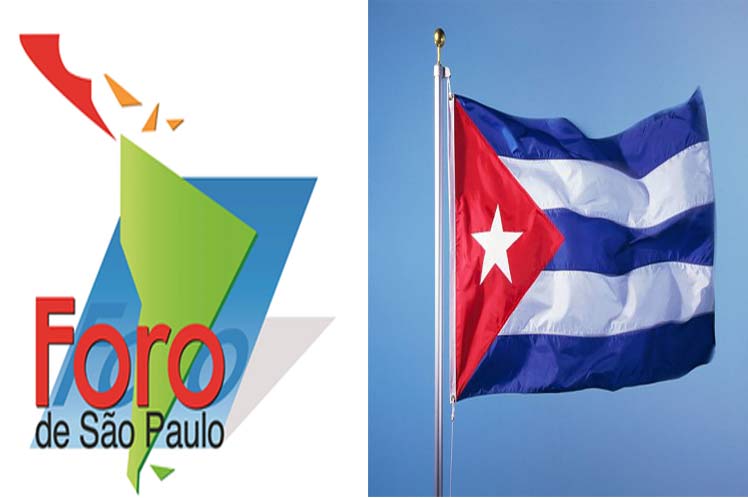 Speaking at the meeting of Central America and the Caribbean of that mechanism, based in this capital, the leader assured that Washington insists on its purpose of breaking the will of Cubans, fracturing institutions and undermining national unity.

He denounced the deliberate and cruel use by the northern country of the impact of the Covid-19 pandemic to intensify the economic, commercial and financial blockade against Cuba, “an act of genocidal war,” he asserted.

Broche specified that, additionally, and together with the anti-Cuban political machinery in Florida, Washington is intensifying its campaign of destabilization and subversion against the Revolution, for which it allocates substantial financial resources.

He repudiated the communicational operation of media intoxication, through the promotion of false news, distortion and manipulation of the Cuban reality, with the aim of encouraging unrest and instability on the island, denigrating the Cuban authorities and the socialist project.

“The United States does not give up its efforts to impose neocolonial domination on our America, and intensifies its aggression against governments that fight for social justice and the well-being of their peoples, interests alien to what the White House promotes,” he said.

According to the PCC website, the Caribbean representative pointed out that the nation will continue to build socialism, with the people as the protagonist of all decisions, and will exercise its legitimate right to defend the constitutional order.

In addition, Broche reiterated the need for solidarity and cooperation, as well as the preservation and promotion of multilateralism, “fundamental precepts to save humanity and the emancipation of our peoples that are synthesized and strengthened in the FSP,” he said.

Twenty representatives of left-wing political parties from 10 countries belonging to the Sao Paulo Forum participated in the exchange of ideas and experiences.

The Meeting of Central America and the Caribbean included in its agenda information on the work of the FSP, the reports by countries and will conclude with a plan of action.

Founded in Brazil in 1990 by the Workers’ Party, the Forum is a mechanism in which leftist movements from the region and other areas such as Europe and Asia participate.