Cuba should be included in the Summit of the Americas 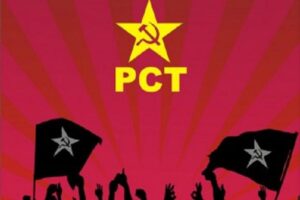 Cuba should be included in the Summit of the Americas

Santo Domingo, Apr 29 (Prensa Latina) The Dominican Communist Labor Party (PCT) on Friday called for Cuba's right to participate in the 9th Summit of the Americas, to be held in Los Angeles, the United States, in view of its possible exclusion from the event.
Share on facebook
Share on twitter
Share on whatsapp
Share on telegram
Share on email

In a statement to which Prensa Latina had access, the Dominican communists condemned before the peoples of the world and the international community the attempt to prevent Cuba from participating in the Summit, which has been attended by the American nations for years to deal with matters of regional interest.

“The United States, as a host country, cannot deny the participation of a State with which it maintains diplomatic relations, because it violates not only the Vienna Convention and the principles of the United Nations Charter, but also disrespects its own agreements on the reestablishment of diplomatic relations signed with Havana, the text pointed out.

According to the PCT, in case the Government of US President Joe Biden leaves Cuba out from the regional meeting, it would be one more attack on the Cuban Revolution. At the same time it would show contempt for peaceful coexistence and the law of international treaties.

This position, the document pointed out, is another expression of Washington’s double standards, because, while on the one hand it pretends to be interested in the regulation of the migratory situation, on the other hand it pretends to pass off anti-immigration policies and hypocrisy in the field of health care.

There is no way to justify the exclusion of Cuba from an international scenario in which the health issue will be debated, precisely because it has been one of the countries that has best managed the health situation caused by the Covid-19 pandemic, even producing its own vaccines and providing international solidarity with its medical brigades and scientific breakthroughs, it added.

The political organization called on the Dominican Government not to become an accomplice of the United States because it is a new blow to Cuba’s sovereignty and also to that of this nation and other countries that tolerate it, and does not abide with the Public International Law and American International Law.