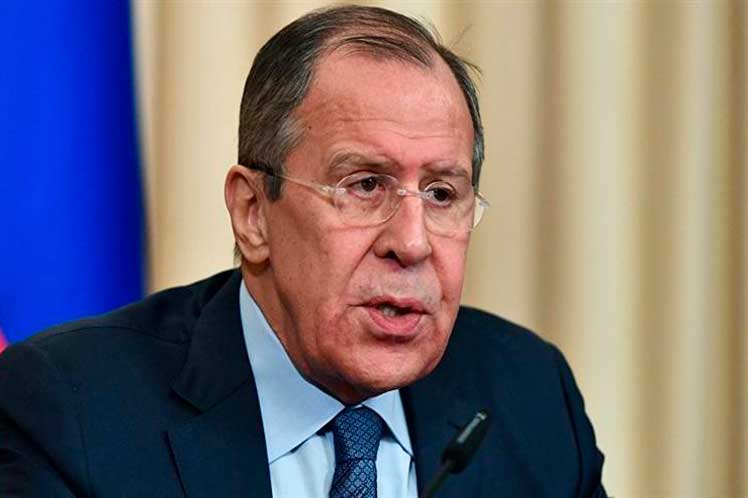 The Russian Foreign Minister made statements to the Xinhua news agency saying that attempts by Washington and the countries in its orbit to hinder the march of history and solve their problems at the expense of others are doomed to failure.

According to the official, today’s multipolarity means that the world has several decision-making centers. “Everyone has real freedom to choose their path of development and participation in integration processes, among others,” he said.

However, Lavrov said, the West tries to crush those nations that carry out independent domestic and foreign policy with the crudest methods. “And not only Russia. We see how they impose bloc thinking in the Asia-Pacific region,” he denounced. “In the style of the archaic Monroe doctrine, the United States tries to dictate to Latin America what standards to follow (…) Constant pressure on Belarus is framed along the same lines. The list is long.”

In another part of the interview, the Russian foreign minister urged the United States and the rest of the member countries of the North Atlantic Treaty Organization (NATO) to stop delivering weapons to the Kiev government if they really want a solution to the Ukrainian crisis.

The Ukrainian population does not need Stinger and Javelin missiles but solutions to urgent humanitarian questions, he pointed out, and called on the authorities of the United States to stop “their cynical provocations, particularly in the information space.”

He also denounced that the Ukrainian troops use civilians as human shields, carry out “barbaric bombing of cities” and humiliate Russian prisoners “with animal cruelty”. He also highlighted the fact that Kiev, with the help of its sponsors and the Western media they control, is pinning responsibility for its abuses on the Russian military.

Lavrov asked Washington and its allies to stop covering up the misdeeds of the Ukrainian regime, because otherwise they will have to answer for their complicity with the horrendous crimes.