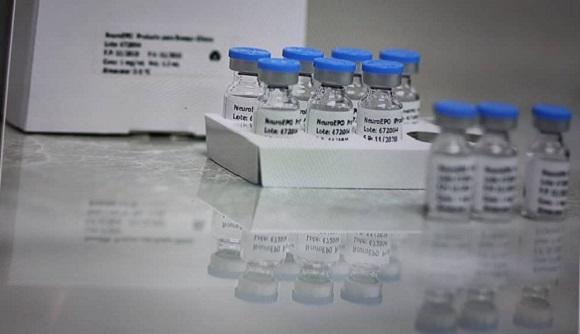 According to statements by the deputy director of the Cuban Neuroscience Center (Cneuro), Roberto Rodríguez, after the positive results shown in study I-II, a larger investigation with 80 patients is sought to corroborate the clinical effectiveness of the drug.

The first inquiries, revealed in one of the sessions of the BioHabana 2022 International Congress held at the Havana Convention Center, yielded a favorable balance, especially in relation to the cognitive functions of the patients, but we are now focused on confirming them.

Treatment in patients with hereditary ataxias, specifically type II spinocerebellar ataxia, the most common in Cuba, showed evidence of safety and tolerability of the drug for six months, he explained.

NeuroEpo, a recombinant human erythropoietin, was developed by the Center for Molecular Immunology and to date has proven to arrest the progression of Alzheimer’s after tests carried out on the island.

Rodríguez also pointed out that during the BioHabana sessions the development of other products associated with degenerative diseases were presented.

Additionally, he stressed, the Center for Genetic Engineering and Biotechnology develops a neuromolecule of biotechnological origin, which is CIGB-845, with positive clinical and preclinical results for patients suffering from cerebral ischemia and other degenerative diseases.

BioHabana 2022, held at the Havana Convention Center since last Monday 25, culminates during this day with the attendance of delegates from more than 50 countries.