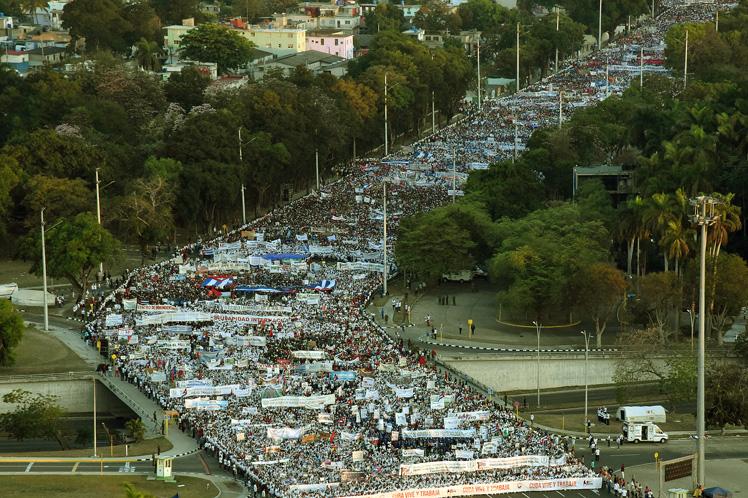 The parades began almost in unison in Havana and the main cities of all provinces at 7:00 a.m., local time, with the participation of groups from state enterprises and emerging cooperatives and private firms, students from all educational levels, artists, intellectuals and entire families. 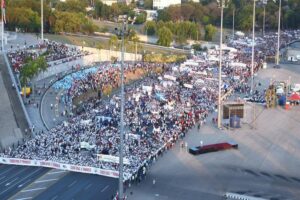 In Havana, the compact march along the emblematic Revolution Square lasted more than one and a half hours, in the presence of Army General Raul Castro and Miguel Diaz-Canel, first secretary of the Central Committee of the Communist Party of Cuba and president of the Republic. 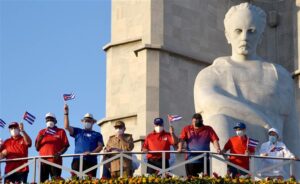 Prior to the beginning of the parade in this capital, in a brief speech, Ulises Guilarte de Nacimiento, general secretary of the Cuban Workers’ Confederation (CTC), pointed out that this day is a clear reflection of the unity and commitment of Cubans to build the socialist model of development. 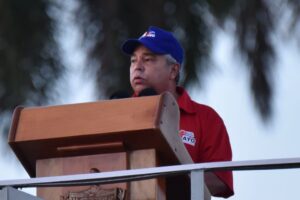 He also denounced the effects of the economic, commercial and financial blockade imposed by the United States on Cuba, which influences shortages and inflation, affects wages and causes dissatisfaction that the enemies of Cuba intend to use to create divisions within the country.

However, he assured that “Cuba lives and works from the creative resistance,” (the latter concept was presented by President Miguel Diaz-Canel) on the need to face adversities and at the same time move forward in development with initiative, intelligence and seeking solutions to problems.

In eastern Santiago de Cuba, the country’s second largest, Salvador Valdes Mesa, member of the Political Bureau and vice president of the Republic, presided over the parade of more than 320,000 citizens and their families, at the Major General Antonio Maceo Revolution Square.

Meanwhile, in central Santa Clara, tens of thousands of people marched at the memorial that keeps the remains of Cuban-Argentine guerrilla fighter Ernesto Che Guevara and his comrades in the Bolivian guerrilla, a place full of symbolism for revolutionaries from all over the world.

In eastern Camagüey, as in the rest of the demonstrations, the recognition of the scientific and medical personnel’s work in the fight against the Covid19 pandemic and the support for Cuba’s socialist process and the Revolution stood out.

In statements to Prensa Latina, Julian Leon, the CTC secretary in Camagüey, assured that more than 400 000 people in the whole region have joined the celebration, the preparations for which had been organized since March.