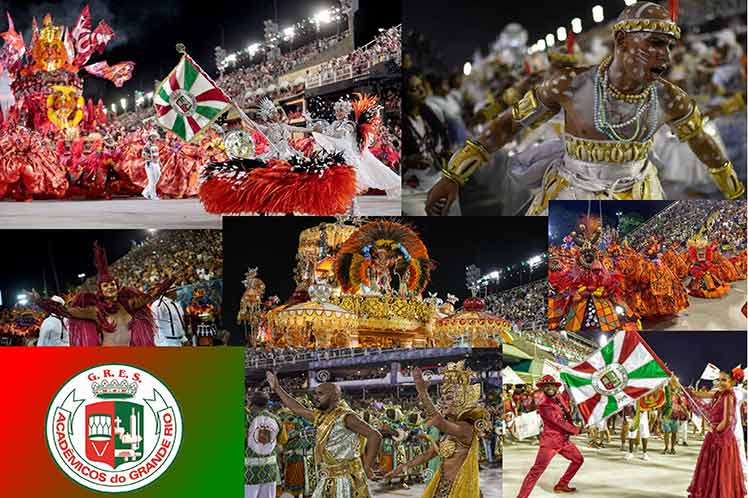 The building created in 1984 by architect Oscar Niemeyer, the famous SambódromoMarqués de Sapucaí, hosted the parade of colorful floats and feathered dancers who tore, with sensual movements, the silence imposed by the pandemic last year.

Brazil, one of the countries most affected by the virus, with about 665 000 deaths and more than 30 million 3 hundred thousand people infected, had to cancel its traditional festival in 2021 because of the disease. 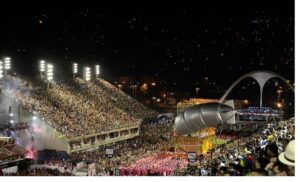 For the first time in 180 years, there was no carnival, called off to prevent the diseasefrom spreading any further at a time when a second wave, stronger and more virulent than that of 2020, was beginning to hit the South American giant.

The masquerade was postponed twice in its history: in 1892, when authorities claimed that it was healthier to hold it in June (in the southern winter), and in 1912, when the death of the popular Barónde Rio Brancoled to a week of mourning.

Without the much expected mass attendance of foreign tourists, domestic vacationers revived an area that is still recovering from the blows of the health disaster.

According to the Brazilian Hotel Industry Association, hotel occupancy in the so-called Wonderful City was between 85 and 90 percent, figures only reported before the pandemic.

The 36 jury members who evaluated the parades of the so-called Special Group’s samba schools gave first place to Grande Rio Academy members, who addressed religious intolerance by demystifying the Afro-Brazilian deityExú, mistakenly linked to the devil in Christianity.

Once again Brazilians revered their most iconic festival in the country, where flamboyant parades in the Sambódromo, stunning dancing and small “blocos derua” showed that Rio’s Carnival is by far the best time of the year in the city. pgh/ocs