Is tourism in Cuba growing? 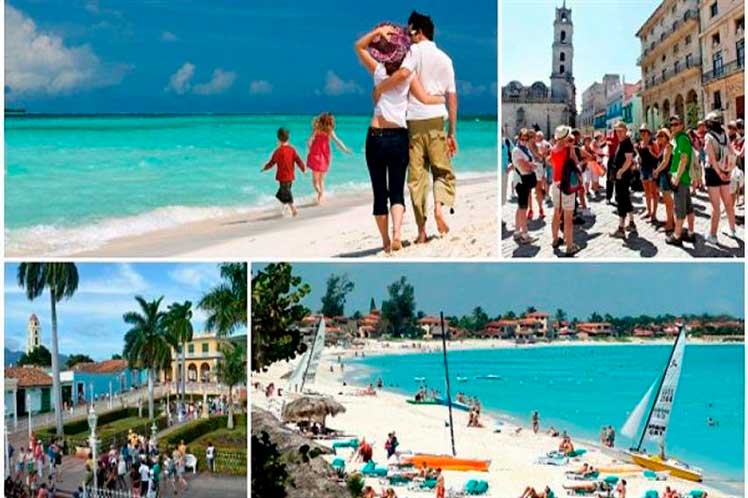 Is tourism in Cuba growing?

Varadero, Cuba, May 3 (Prensa Latina) The announcement that in the first four months of this year Cuba received nearly half a million foreign visitors brings the possibility that tourism here will grow. It is an industry hardly hit by the Covid-19 pandemic and the United State blockade against Cuba, authorities stated.
Share on facebook
Share on twitter
Share on whatsapp
Share on telegram
Share on email

Since November 2021, the Ministry of Tourism (Mintur) has brought forth the recovery of this sector as a key element to deal with economic problems, which now stand out at the 40th International Tourism Fair of Cuba (FITCuba 2022, from May 3-7).

The meeting, being held at the Plaza America fairgrounds in Cuba’s major coastal resort, is a clear approach to return to the upward spiral of this sector before the pandemic in 2019.

At that time, Cuba has received more than four million foreign visitors a year, and now, according to the recovery plans, it is expected to close 2022 with 2.5 million holidaymakers, a figure that is considered quite a feat.

That is why, authorities are not stopping the construction of new hotels and other recreational establishments, as they expect to have more than 80,000 rooms, compared to 71,000 rooms at present.

In the first hours of the Fair, Cuban Minister of Tourism Juan Carlos Garcia gave the good news that Cuba received 450,000 international tourists during the first four months of the year.

That figure is almost seven times higher than the figure reported in the same period last year, when Cuba was restricted by the disease.

The National Statistics and Information Office (ONEI) recently reported that tourists totaled 64,712 from January to April 2021, compared to 983,099 in the same period in 2020.

According to official estimates, Cuba’s economy would receive 1.159 billion dollars if it manages to reach that number of visitors (2.5 million).

The ONEI reported 573,944 international travelers to Cuba in 2021, which meant a 60-percent drop compared to 2020, and a truly difficult year. Cuba maintained the construction of hotels in the country’s tourist destinations as part of its national development program with a view to 2030, together with the aforementioned recent inflow data could mean quite a takeoff for Cuba’s tourism recovery.