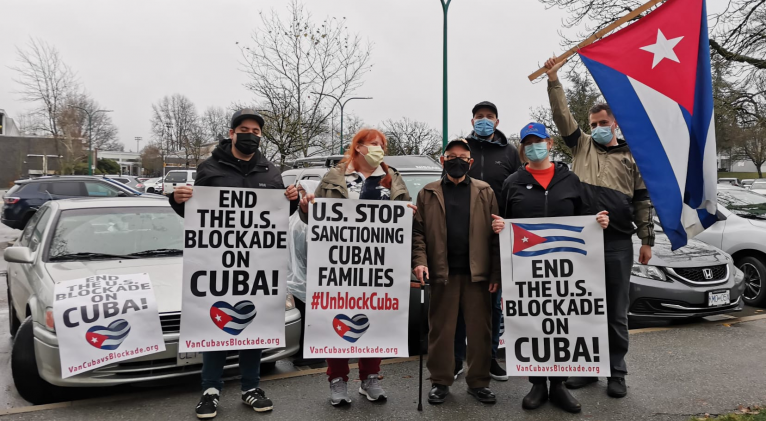 The meeting that will take place in the US city of Los Angeles from July 6 to 10, also leaves out Nicaragua and Venezuela because, according to Washington, “they do not respect the democratic charter”.

However, with the exclusion of the three countries, the exercise of democracy is ruled out, critical positions of thought and action will not be tolerated at the meeting.

Thus, the White House tries to silence uncomfortable truths that could divert attention from the summit’s agenda, focused, among other points, on democracy and migration, two issues for the United States with more debts than achievements.

The decision of the Joe Biden government confirms the statement of Cuban Foreign Minister Bruno Rodríguez Parrilla, who days ago denounced that possibility as a politically motivated maneuver that shows the double standards of the host country regarding certain issues and the reality of the continent.

The head of Cuban Foreign Relations also pointed out that dispensing with the participation of the Caribbean nation would mean a historic setback, in addition to undermining values ​​on which the summit tries to legitimize itself, including being inclusive and participatory.

Washington’s position is far from unanimous, since Havana denounced the maneuver and the pressure put on countries in the region to support it, various governments and international organizations have disagreed and demanded Cuba’s attendance to the forum.

For example, the president of Mexico, Andrés Manuel López Obrador, insisted on keeping the meeting as a space for dialogue, understanding, brotherhood and avoiding confrontations.

In one of his morning press conferences, the president denounced internal groups in the United States that take political and economic advantage from anti-Cuban positions, and called for setting aside exclusion and aggression.

Along the same lines, the Prime Minister of Trinidad and Tobago, Keith Rowley, who on behalf of the Caribbean Community (Caricom) questioned the selective exclusion of Cuba and other countries from the IX Summit of the Americas by the United States.

According to Rowley, the decision to veto Cuban participation is an obstacle for Caricom given the excellent cooperation ties in different areas and the shared vision on priority issues for the region.

“(…) our principles in dealing with Cuba are quite clear, we do not have sanctions against Cuba and we do not consider it as the incarnation of the devil,” said the head of government.

For his part, the executive secretary of the Bolivarian Alliance for the Peoples of Our America-People’s Trade Agreement (ALBA-TCP), Sacha Llorenti, assured the organization of the regional meeting responds to the “whims” of Washington.

While the Community of Latin American and Caribbean States (CELAC) demanded “to avoid exclusions that prevent all the voices of the hemisphere from dialogue and being heard.”

In turn, the Puebla Group demanded that the Biden administration organize an event without discrimination for ideological reasons, which would affect the possibilities of collaboration necessary to overcome the crises that are coming.

Cuba cannot be isolated, the importance of its voice and reasons that assist it transcend the venue where the Summit of the Americas will take place, a new false step by Washington in its purpose of silencing positions critical of its traditional hegemonic policy.