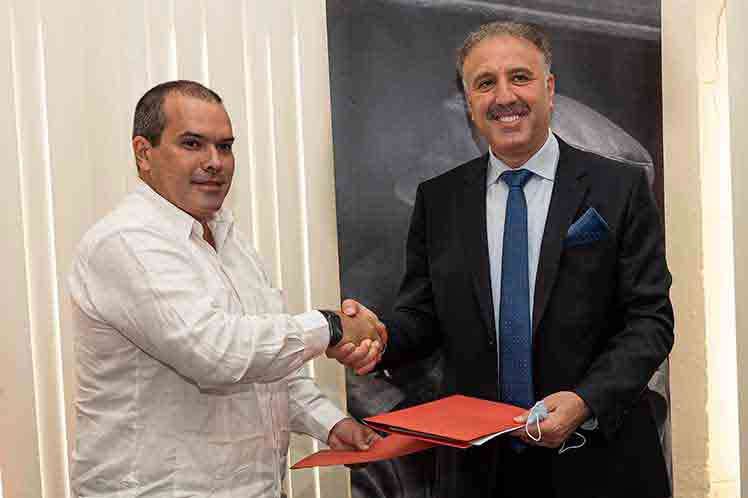 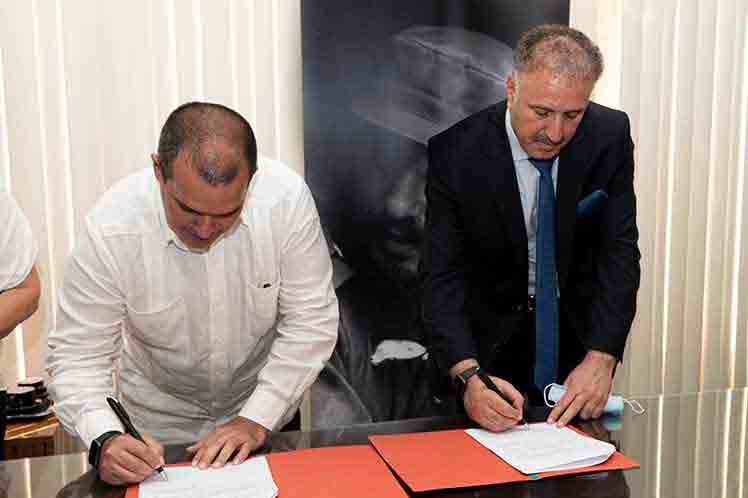 On the Cuban side, the agreement in the field of news exchange was signed by Prensa Latina President Luis Enrique Gonzalez, who ratified the commitment to contributing to the defense of the Palestinian cause and identifying other areas of bilateral cooperation.

Gonzalez emphasized the history of Prensa Latina, created after the Triumph of the Revolution to reflect the reality of Cuba and Latin America, although it has also covered the events in that country and the consequences of the Israel’s aggression in a conflict that has been going on for more than seven decades.

The agreement will boost a closer relationship with WAFA and other media organizations, as well as to get information from a primary source, by having reporters in a Palestinian territory, he said.

After signing the agreement, Assaf expressed his gratitude for the welcome in Cuba and at the headquarters of Prensa Latina, “a news agency that has played a great role in bringing the voice of Cubans and all freedom-loving people in the world.”

Assaf, who is also the general supervisor of the official media of the Arab nation, said that this agreement will lead to greater development of the relations between both countries and will build bridges to shorten geographical distances.

He acknowledged the historic relationship between leaders Fidel Castro and Yasser Arafat, which is now complemented by that of incumbent Presidents Miguel Diaz-Canel and Mahmoud Abbas.

Among the common denominators that sustain the struggles of Cuba and Palestine, Assaf highlighted the fight against injustice and interference in the internal affairs of the countries.

“This is a friendly country, which has always accompanied us,” he affirmed.

The agreement between WAFA and Prensa Latina will allow for the presence of journalists in Palestinian territory, coverage, exchanges between reporters and executives and the use of news materials with respect for content and sources, among other aspects.

At the end of the signing ceremony, Assaf gave as a gift to the president of Prensa Latina consisting of a painting that reflects the Palestinian holy land and the millenary olive tree, a symbol of that nation which, according to the visitor, has not escaped unscathed from Israel’s occupation and attacks.