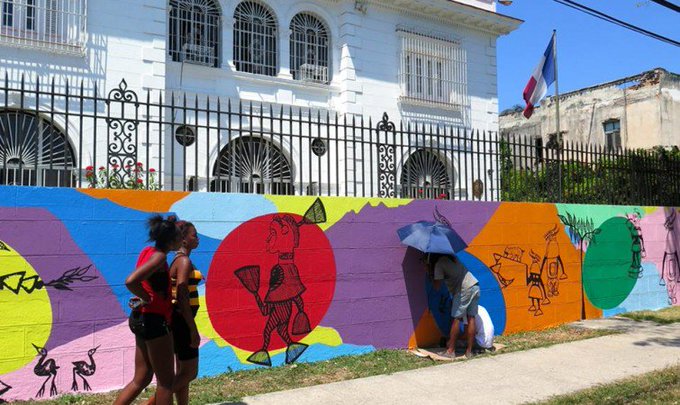 Havana, May 4 (Prensa Latina) The film cycle of the Month of the French Culture in Cuba on Wednesday kicks off at La Rampa theater movie with the film "Molière," produced by Ariane Mnouchkine in 1978, as a reflection of the work of this actor and theater director.
Share on facebook
Share on twitter
Share on whatsapp
Share on telegram
Share on email

The films included in the month of culture will also be shown on Cuban television, among them “Homenaje a Josephine Baker” (Homage to Josephine Baker), a documentary that pays tribute to the artist, who is considered an international musical and political icon.

The list includes a selection of materials such as: great masters of painting, famous swimmer Laure Manaudou and actress Isabelle Hupert, and the artistic film “La visita del Louvre” (La Visite du Louvre), which describes the experience of four visually impaired Englishmen in that museum.

The varied agenda foreseen until May 26 also includes theater, dance, music and exhibition shows, from Havana venues such as the Marti Theater, Teatro Nacional de Cuba, the San Felipe Neri Oratory, the National Museum of Fine Arts and the Taller Gorria Gallery.